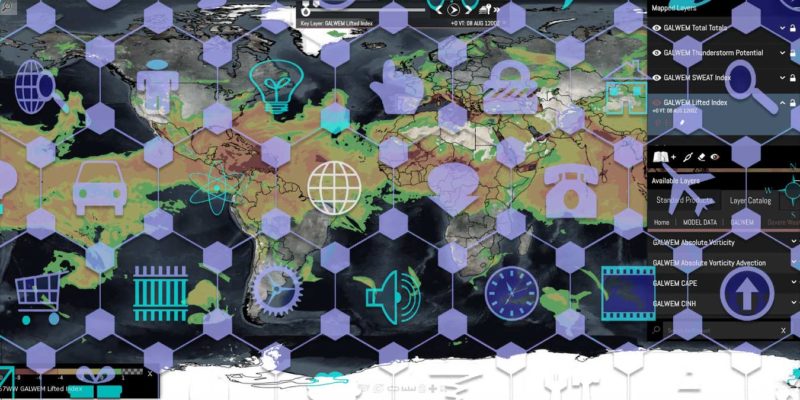 We can’t push hurricanes off course or defuse earthquakes, but early warnings and effective disaster management can help mitigate the devastation at least a bit. This is hardly a new concept. We’ve been gathering environmental data to model, predict, and respond to natural disasters for quite a long time now – it’s just getting easier. We now have low-cost sensors, long-range networking, and AI to help us refine our models and manage natural disasters at every stage.

As a result, IoT tech has become a big part of a lot of countries’ disaster management strategies. Whatever you think of other IoT applications, this one is going to save a lot of lives in the future.

Related: How IoT Is Changing the Face of the Aerospace Industry

We’ve been using sensors (thermometers, barometers, anenometers, etc.) to measure the weather for a long time, but, as with other IoT tech, they’ve gotten a lot smaller, cheaper, and better-networked. By strategically placing networks of sensors in key areas, like around the Caribbean (where many hurricanes form), or in forests prone to fires, we can get up-to-the-second data on local conditions.

This data can be fed into prediction models (increasingly AI-based) and used to provide early warnings about potential disasters. This is massively important: it can help different areas know when they should begin preparation or evacuation procedures. At the very least, this can reduce the human cost.

Even hard-to-predict events, like floods, landslides, and even earthquakes, can benefit from this, as having real-time sensor data makes it possible for people to get a few extra hours or minutes of warning. Places like Rio de Janeiro [PDF] and Buenos Aires already have IoT/AI systems in place to help them get ahead of potential weather events, and projects like ShakeAlert in California and SkyAlert in Mexico are detecting earthquakes and sending out immediate notifications to residents to help them get to safety before the most serious shaking starts.

Connecting disaster areas and getting data

When disasters hit, the areas that need help the most are typically the ones we know the least about, as their communications and transport infrastructure may go down. Scattering IoT devices around the area, however, could provide enough of an intact network that sensor data could still make it out and some communication ability could be maintained.

Project OWL set up and tested this concept in Puerto Rico in 2019, demonstrating a LoRaWAN/Wi-Fi mesh network could be set up by simply placing the devices in trees or even dropping them by drone in the aftermath of a disaster.

The data gathered and transmitted back out of affected areas is hugely valuable: it can be used to guide relief efforts, provide vital information, or even send chatbot responses to people looking for guidance on where to go or updates on the situation. Being able to make good decisions in a crisis saves lives, and IoT sensors are key to getting valuable data in the hands of the people who need it. You can find the best evacuation routes, build digital twin models of buildings for rescue teams, or even use emergency signs to guide people to safe exits in a fire.

It’s not just sensors feeding this data, either: drones are already being used for operations like post-earthquake mapping in Indonesia and wildfire monitoring (and fighting!) in California, and sensors are increasingly being built into utility poles, bridges, and other stationary pieces of infrastructure.

Related: The Internet of Trash Is Here to Make Your City Cleaner

Assuming the disaster isn’t actually caused by an AI bent on world domination, the growing field of big data analytics can help quite a bit with disaster relief. For example, AI can monitor social networks, like Facebook and Twitter [PDF], for posts and geotags to help figure out which areas need the most urgent attention and what kind of needs different people have.

Combined with real-time data from sensors and drones, plus local records and census information, an AI could be far more effective at triage and dispatching than humans. In the event of a flood, for example, it could identify highest-risk neighborhoods with populations that might need the most help evacuating, like older people and families with children, and be able to accurately project how many resources would be necessary to successfully get everyone out. Beyond that, a well-built AI could provide live updates on the flood to the responders, monitor social media for news of the evacuation efforts, power chatbots with up-to-date information and strategies, and more.

Putting the systems in place

As with a lot of potential IoT revolutions, this one has both upfront deployment costs and ongoing maintenance and update costs. In many cases, though, the sensor installations that are already going up on buildings, lampposts, bridges, and even sewer pipes might be able to provide a lot of necessary data. Even just giving a specialized AI access to the data we already have could be a big help.

Some specialized equipment, like microwave sensors for earthquakes or environmental packages for forest fire monitoring, will require additional work to set up, but there’s a lot of room for this in existing budgets. We already invest a lot in getting early warnings for things like earthquakes and tsunamis, and mitigating the human and financial cost of natural disasters is rightly regarded as a profitable investment.