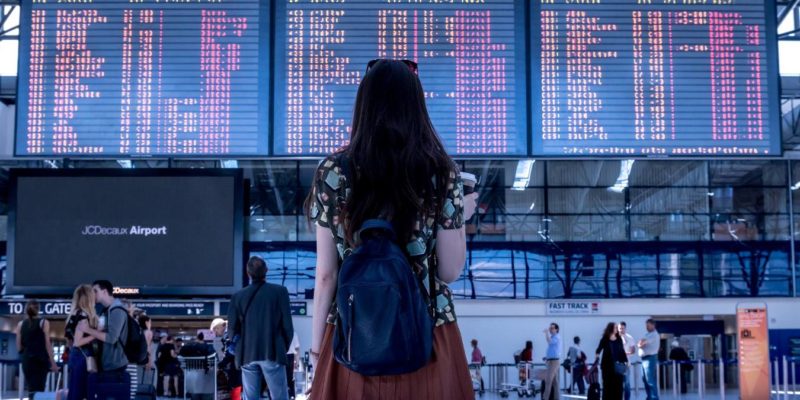 It’s no surprise that IoT has taken industries by storm. We’ve covered how the Industrial IoT world will change how businesses operate and even some instances where it has already made a difference.

The aerospace industry also has great use for IoT. Let’s explore how your next flight may be enhanced with the power of interconnectivity!

Related: 6 Industries that Have Been Transformed by IoT

Airplanes require a lot of work to keep them in the air. The pilot needs to be informed of every little detail, so they can make the best decisions to protect the lives of the people on-board.

As such, one of the biggest ways IoT can affect the aerospace industry is with enhanced flight sensors. IoT devices can better track airplane velocity, the angle of the plane, and the external conditions to give the pilot a better idea of what’s going on.

IoT connectivity also means the plane never flies alone. Other planes might be able to communicate via 5G so that nobody collides with another. Planes may also communicate with 5G-supported weather stations to get reports in real-time.

Let’s also not forget the importance of AI in the realm of IoT. An AI-driven auto-pilot system may be able to automatically assess the situation and shave time off of flights by taking quicker routes. It could also spot dangers ahead and alter its course to avoid them.

A plane not flying is a plane not making money. As such, once a plane has landed, it’s imperative to get it back up in the sky as soon as possible. Unfortunately, two things need to be done before a plane can take off again: runway management and maintenance.

IoT can help in both of these situations. An IoT system can detect where planes are, which planes are coming in, and which ones want to leave.

It can then combine all this information and feed it into artificial intelligence, which then calculates the fastest way to get all the planes where they need to go. This is given to flight control so they can go over the details and execute the plan.

Meanwhile, IoT can check the health of engines and moving parts in real-time. This gives engineers a heads-up on what needs to be fixed during maintenance, reducing the time needed for the plane to get airborne again.

With the plane now updated with all the benefits of IoT, it’s now time to make the passengers boarding and sitting on the plane happy.

Hate the hassle with all that luggage? IoT can help speed up the process and make decisions on the fly to get people on the plane faster. Once they’re on, sensors on the seat can detect who’s sitting where, so the crew knows who’s seated during takeoff.

IoT could help with passenger requests. Why call over someone to handle an order when you can input your needs into a screen and have them automatically beamed to the crew?

The IoT world has the chance to revolutionize a lot of industries, and the aerospace niche is no different. If things go well, we may see IoT advancements in our flights in the coming years.

What part of aerospace IoT excites you most? Let us know below.