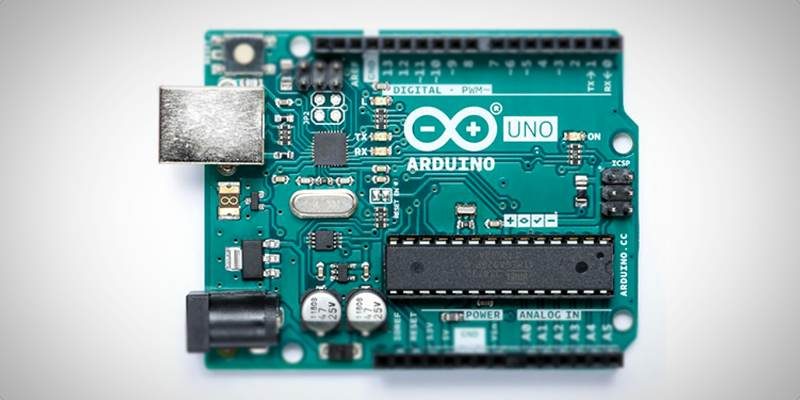 If you’re an electronics hobbyist, chances are you’ve heard of the Arduino. It’s a tiny computer that you can use to do surprisingly complex things. It also happens to be behind a fair number of Internet of Things projects.

While some people reach a for Raspberry Pi or something even more powerful, an Arduino or Arduino Uno might be all you need. We’ve put together a list of IoT projects that prove this to be true.

You can use an Arduino board to make your very own pollution sensor. You can use this for your own peace of mind, checking for pollution in your local area or somewhere you’re thinking of moving home to, or you can track the data then submit it online.

You’ll need sensors for gas (MQ135) and PM2.5/PM10 particles – the most prominent atmospheric pollutants. This project also uses the excellent Blynk app, which you can use to easily create your own dashboard for any number of projects. It’s easily one of the best interface creation apps out there.

You get two for one with this plucky project, which takes advantage of the HC-SR04 ultrasonic sensor to both measure distances of up to four metres and act as a spirit level.

It’s not the simplest project in the world, potentially requiring you to make you own perspex casing (unless you can find a ready-made one), but it’s still an excellent example of the versatility of Arduino. The coding side of making this isn’t too complicated either.

The best guide we found for making this comes courtesy of Dejan at How To Mechatronics.

We’ve all seen it in the movies. A couple of scientists wander into the unknown on an alien planet with a handheld device, when suddenly it starts clicking ominously, indicating that radiation levels are increasing.

Well, in an ideal world, you’re nowhere near a place where such clicking would start – indicating a heightened level of radiation in the area – but the fact that you can create your own Geiger counter using Arduino without too much difficulty is still pretty neat!

For full instructions, head on over to Instructables.

This one is super-useful: a TTS system that lets you type commands into it using a keyboard then have them spoken back to you using an in-built speaker.

There are quite a few steps to making this project, including the conversion of symbols and numbers into machine-readable words, converting text into phonetic scripts, then converting that to spoken voice. You can find the full instructions at Circuit Digest.

Once it’s set up, you can use this system not only as you type, but with various word-processing software to read back your documents for you.

When you think of smart devices, a trash can or dustbin is probably the last thing you think of. However, it’s exactly what the folks at Nevon Projects have done. This uses an Arduino to keep track of when the dustbin needs to be emptied.

That’s not all the smarts that this intelligent home for garbage has, either. While most dustbins require you to press down a foot lever to open them, this has no such need. It uses the Arduino to detect a hand clap or tap of a foot on the floor and automatically opens the lid.

This smart dustbin uses an Arduino Uno and an array of other hardware. It’s not the simplest project, but it certainly is useful.

Smart thermostats like the Nest are becoming increasingly popular, but they aren’t cheap. If you already have an Arduino and the do-it-yourself spirit, you can add some intelligence to the thermostat you already have.

Instructions to build your own thermostat are available at the Arduino Project hub. In addition to an Arduino MKR1000, you’ll need a temperature sensor, a push-button switch, and a few other pieces of hardware.

This isn’t the easiest project, and as with most Arduino projects, you’ll need to do some coding. Still, the reward of knowing that you created your own smart thermostat will be worth the effort.

If you have hungry pets and are looking for somewhere to start with building IoT projects, this one might be for you. With an Arduino Uno, a Wi-Fi module, a speaker, and a few other pieces of hardware, you can make sure your pets never run out of food.

This build uses an infrared PIR sensor to tell when the bowl is empty and will then automatically fill it. The example project is designed for dogs, but the post mentions that this can be easily adapted for most types of pets. Just don’t expect it to feed your fish.

There are a few custom parts that have been 3D printed, but if you’re handy, you can fashion these some other way.

Do you love smoked meat and also love IoT projects? First of all, good for you. Second, meet your new favorite project.

In a Medium post, Kevin Kazmierczak describes how he created a smart smoker with a Weber grill and an Arduino. This is one of the more complex projects on this list, but Kevin shares the processes and hardware he used, so you can easily follow along to build your own.

The heart of the operation is the Arduino Uno. If you have one of these and are prepared to buy some temperature probes and do some coding, you can tackle this project.

Some of the projects we’ve looked at so far have been relatively simple. That is not the case with this one. In this case the project creator aimed to build the eponymous robot from the movie Wall-E.

The original post is in Spanish, but with a little help from Google Translate, you should be able to follow along. An Arduino Uno powers the project. It also uses servomotors, LEDs, and an Easy VR module to finish out the build.

This is far from a simple, easy build, but if you’re looking for a fun challenge, you’ve found one.

What About the Raspberry Pi?

These projects prove that a simple Arduino can bring plenty of power to your IoT projects. What if you have a Raspberry Pi you’re looking to use instead?

Don’t worry, we already have a list of IoT projects you can do yourself using a Raspberry Pi.