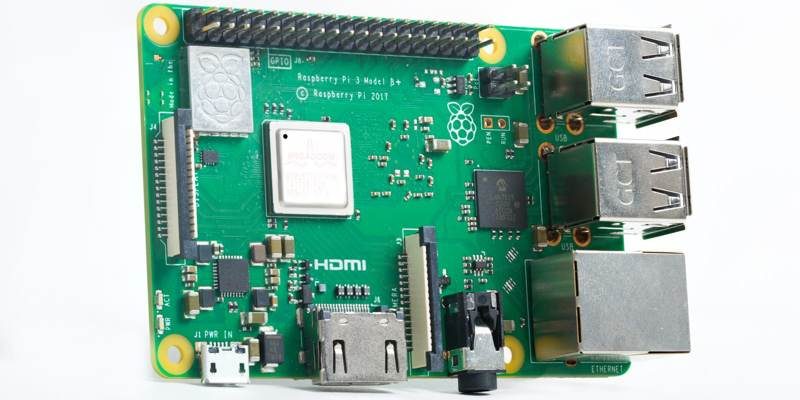 Are you new to the Internet of Things and wonder what IoT devices can do for you? Or do you just have a spare Raspberry Pi hanging around and are wondering what you can do with it? Either way, there are plenty of ways to put that cheap little board to work.

Some of these projects are easy while others are much more involved. Some you can tackle in a day while others will take a while. No matter what, you’re bound to at least get some ideas looking at this list.

One of the most popular and jaw-dropping projects you can undertake on a Raspberry Pi is to launch your own rocket (or, more likely, high-altitude balloon) 25 miles into Earth’s atmosphere and take photos from up there.

Pi in the Sky lets you do that, thanks to a ready-made board that connects easily to your Raspberry Pi, and uses GPS tracking and radio transmissions to keep track of your high-flying balloon. Of course, you can also attach a camera to the project, then take photos from near space, much like Dave Akerman did.

You can buy a Pi in the Sky from the official site, and can find great instructions on how to set it up for near-space flight on Dave Akerman’s website.

This may be a software project rather than a more elaborate hardware one, but it can still prove extremely handy for those who want to turn their humble Raspberry Pi into a (mostly) functioning Windows computer.

It’s not too complicated to set up. You just need a public build of Windows 10, the Windows 10 IoT Core Dashboard, and a means of flashing the OS to a microSD card (or just use NOOBS, which will guide you through the install process).

The Windows 10 IoT core has come a long way, and it generally functions like the full version of the OS, including Wi-Fi support and the ability to run c# code on it.

This is one of the simplest projects you can build, though there are plenty of ways to expand it and add features. Many IoT starter kits for the Raspberry Pi include temperature and humidity sensors, and plenty measure air pressure as well. This is all the hardware you need to get started.

Once you have the board set up and the sensors in place, there are a lot of things you can do with the data. You could set it up to communicate with a web server and give you real-time access to the data, for example. For a more hands-on project, you could add a display that gives a readout of the temperature and humidity.

Using the excellent emulation front-end RetroPie, you can pretty easily create a retro gaming machine. The thing is, getting RetroPie working is just the first step, and beyond that you can look into all kinds of interesting hardware that’ll

If you have the space in your house (you lucky sod, you), then you can even get arcade cabinet enclosures for your Raspberry Pi, though this’ll require a bit more handiwork on your part. You up for the challenge?

This is a project that is as ambitious as you are. It could be a relatively simple project to turn a light on and off at a certain time or something to control multiple devices throughout your home. You could even pair it with the weather monitor project to turn on a heater in a room without a thermostat.

This is a rather open-ended project, but there are plenty of examples on the Web that people have already built. One ambitious example includes a web app and multiple controllers for lamps, fans, and window shutters. Your project doesn’t have to be this complex, or it could be even more complex. It’s up to you.

Are you always losing the remote for your garage door? Why not automate it: As complex as this sounds, it can be a relatively simply project that can make your like a whole lot easier.

All you need to get started is a Raspberry Pi, optional Wi-Fi, and a phone you carry with you to get started. You use the Raspberry Pi to recognize you through your phone, which then triggers the garage door opener as you get within range. It may take a few revisions to get it perfect, but you’ll get there.

If you’re not sure how to get started, check out an example of a functioning take on this project online.

7. Your Own Virtual Assistant

This is another project that can be as simple or as complex as you want. To start, you’ll need a Raspberry Pi, a speaker, and a microphone. When it comes to the software, you have your choice. Both Amazon and Google let you use either Alexa or Google Assistant, so it comes down to your preference. If you prefer an open-source alternative, try Mycroft.

You don’t even need to use a third-party option if you’re skilled with software. It won’t be easy, but you can set it up to use your own software system.

This is probably the most in-depth project on this list, but it’s also one of the most impressive. With a Raspberry Pi, a monitor, some mirrored window film, and a little bit of woodworking, you can build a pretty nifty smart mirror.

The open-source Magic Mirror project powers the bulk of this project, so putting it all together is the main challenge. If you’re handy around the house and are looking for a project that mixes your tech skills with your handiwork, this is a perfect challenge.

This is just a glimpse of the IoT devices you can build using a Raspberry Pi and a few accessories. If you’re not sure what you’re going to build yet, you can still get prepared. Take a look at our list of Linux distros for IoT devices.

How to Install Chromium OS on Raspberry Pi
How to Build a Hacking Station with Raspberry Pi and Kali Linux
4 of the Best Single-Board Computers in 2020
10 of the Best IoT Projects Using Arduino
We use cookies to ensure that we give you the best experience on our website. These include cookies for analytics and personalized advertising. If you continue to use this site, we will assume that you are happy with it.OkPrivacy policy