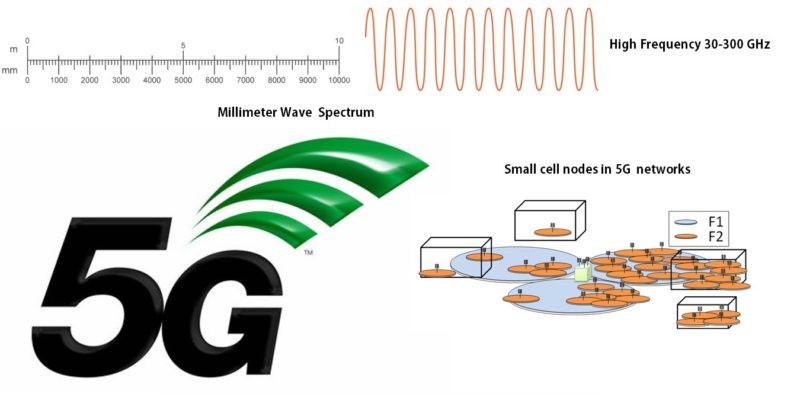 Millimeter Wave (mmWave) networks have been recently expanded due to a collaboration between Huawei and IMDEA Networks Institute in Madrid. They refer to a new series of communication protocols in the short wavelength range of 1 to 10 mm and high frequency 30 to 300 GHz bands.

As a basic building block of 5G networks, Mmwave might be the answer to telecom operator goals to provide high-capacity connectivity since it supports 10 Gbps and higher data rates. We’ll see why it’s being widely embraced in their 5G rollout plans and how consumers stand to benefit.

Mmwave is a promising new technology for the cellular networks of 5G and the future. As they operate in greater than 30 GHz spectrum, they have slightly different characteristics to sub 6 GHz networks including the current 2.4 GHz used in LTE/4G networks.

The main reason mmWave is popular is because of its coverage area capacity. If you want to deliver 500 to 1000 times higher data speeds than the current 4G average, then obviously you need to provide a 500 to 1000 times increase in throughput capacity for a defined square area.

In telecom operator terms, such a provisioning of increased throughput for a given area is called more energy efficiency (EE).

One way EE can be improved is through “small cell” architecture in 5G which is in contrast to the “macro cell” architecture currently available with 4G networks. The 4G pattern uses 10 to 30 meter cell towers with signal-boosting devices which can reach 70 to 80 kilometers. With relatively fewer cell towers, you can have a wider coverage for an urban area.

With 5G, however, to provide 500 to 1000 times more EE, you will need a whole bunch of densely packed small cells (also known as pico cells) that allow cooperative data transmission and inter-cell interference mitigation.

The typical range of mmWave small cell is no more than 300 meters and can be as less as 2 meters indoors. Since the antennas for mmWave are typically small, you don’t need to place them high. For rural and suburban deployments, roadside installations such as lamp posts, gas stations, and restaurants will suffice for mmWave networks.

Because of the larger mmWave bandwidth, more subscribers and devices can be accommodated in a 5G roll-out. From the tiniest of sensors to big data and artificial intelligence machinery, mmWave can help operators provide blazing fast Internet speeds and an unmatched quality of service (QoS).

For example, many 5G roll-outs all over the US are using mmWave as a foundation technology.

There are a few disadvantages of mmWave networks which the operators are working hard to overcome.

The biggest limitation is that mmWave currents undergo signal loss (attenuation) while passing through solid interference including thick walls. It is the sort of disadvantage that 4G networks completely overcame, and the end users have already been used to non-destruction of signals. It also loses considerable strength due to rain, snowfall or foliage.

To overcome these limitations, the operators are trying to achieve higher data throughput 5G but at a lower power transmission. This ties in with T-mobile’s 5G mmwave plans as discussed above to operate at 600 MHz (instead of 30 GHz). Also, the promised speed for most field trials in 5G is in the range of 1.4 to 1.5 Gbps (instead of greater than 10 Gbps). The operators have figured out for now that the users may not demand any data speeds higher than this.

There are a few potential health risks due to use of mmWave technology, mainly because they operate on a much higher frequency similar to Gamma rays, X-rays and ultraviolet radiation. In clinical trials, mmWave has shown to cause the heating of one’s eyes and skin.

However, as the same IEEE research shows, unlike Gamma and X-rays, our bodies do not absorb mmWave radiation in unhealthy amounts. This, though, hasn’t stopped environmental activists and petitioners demanding governments and corporations immediately halt all mmWave-based 5G deployments.

mmWave is currently considered a more secure technology compared to its 4G predecessors. Since the effective range of mmWave pico cells does not extend further than 300 to 400 meters, most eavesdropping attempts are automatically thwarted due to improved security screening possible in a smaller effective area.

5G networks are increasingly important to new telecom roll-out plans. However, as of 2019 there are signal strength issues and other minor concerns delaying the large-scale onset of 5G. One of its foundation technologies, millimeter wave networks, is going to buck the trend and play a leading role in ushering a 5G future.

What Is Continuous Intelligence and How Does It Impact IoT

IoT Architecture Explained: What Does It All Mean?

What Is Shadow IoT, and What You Can Do About It?