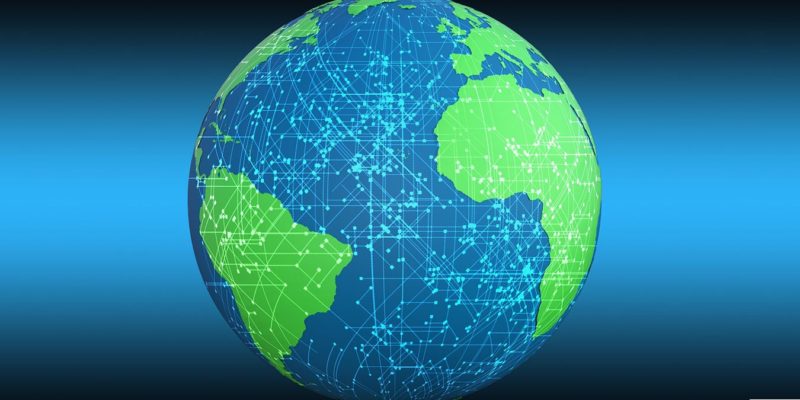 On the surface, the Internet of Things seems like it would be a pretty big negative for the environment, because it’s made of, well, things. Things we have to manufacture, distribute, power, and dispose of. The impact equation isn’t quite so simple, though, as one of the IoT’s primary goals is to optimize our resource usage which will actually improve our environment.

It doesn’t stop there, either: eco-friendly IoT is doing everything from saving animals to building greener farms. There’s no master balance sheet to help us calculate whether the benefits outweigh the costs, but if current developments are any indicator, the IoT may turn out to be an unexpected force for environmental good.

Related: How the Internet of Things Can Help Manage Natural Disasters

How the IoT is hurting the planet

The most obvious drawback of the IoT is that making the devices that compose it requires mining, processing, manufacturing, transportation, and other environmentally damaging activities.  Taken alone, a single sensor probably doesn’t do much, but billions of them just might.

Then, once an IoT device’s job is finished, what happens to it? Maybe it gets recycled, or maybe it retires to a nice landfill somewhere. Adding a bunch of batteries and technology waste to our already-problematic trash habit isn’t doing the planet any favors.

And that’s just the visible, physical impact. How about energy consumption? Low-powered devices with longlasting batteries are great, but not every connected device is that energy efficient, and the sheer numbers of them we’re gearing up to produce and use will add to the electric bill.

The devices themselves aren’t even the real energy vampires. That honor goes to the data centers where all that IoT-generated information gets stored and processed. Storing videos and running AI machines takes a lot of power.

These are some very real downsides. To be fair, the above problems have potential solutions, many of which are already being implemented:

But that’s not the whole story.

The Internet of things sucks up a ton of power, but it might do even more to save resources. Since saving energy also typically means saving money, it turns out that there’s no shortage of IoT/AI-powered solutions for optimizing how we consume energy, water, gas, and other resources.

One of the core pieces of modern smart homes and buildings is intelligent climate and utility control. Sensors that can detect activity patterns and automatically adjust temperatures and lighting aren’t just a futuristic luxury but a vital part of making sure that we only put energy into things we’re actually using.

Companies like Nest, Enlighted, Embue, Greenvity, E.ON, Microsoft, and others are working on utility-management solutions for everything from single homes to massive office buildings. Ultimately, the goal is to create easily-accessible dashboards and building management AIs that can help alert us to inefficiencies and automatically manage our electrical, heat, light, and water systems. Once this becomes standard, it may help eliminate a lot of wasted power, water, and gas.

It’s not just smart thermostats and lights at play here, though. What if streetlights only went to full power when someone was approaching? Comlight did it in Norway. What if water heaters could figure out when the best time to heat up is instead of keeping the water hot all the time? Meet Shifted Energy.

Maybe factories could use IoT and AI to track down motors running inefficiently and stop power leakage or use fleet management tech in heavy vehicles that could help reduce the amount of time they spend idling. All of those ideas are already being implemented in some form or another, and given how significant a small efficiency increase can be to a large organization or city, the incremental changes could have a large impact.

Using the IoT to save (and study) nature

When you think about the Internet of Things, do you picture honeybees wearing tiny sensors that track their movements and help scientists and farmers figure out how to create an optimal environment for them? Well, now you will. Believe it or not, there’s more than one project (Bee Corp, ApisProtect, IoBee, CSIRO, among others) working on an Internet of Bees. Their ideas range from movement trackers to hive monitors that can keep track of honeybee health – an important issue at a time when bees are disappearing in many places.

It’s not just bees, either – IoT technology, drones, and AI are being used to track and save everything from rhinos to Iberian lynxes. The Elephant Listening Project is even using sensors and AI to figure out what different elephant noises mean and to detect poachers’ gunshots.

And, of course, there’s the Internet of Trees, a new tool in anti-deforestation efforts. The RainForest Connection, for example, is creating a network of listening devices in rainforests that can detect the sounds of chainsaws and heavy machinery, plus help prevent poaching and gather data on wildlife.

And how about the estimated 9 million metric tons of methane that leaks out of U.S natural gas systems every year? That’s a lot of greenhouse gas, environmental damage, and wasted energy that companies like IBM are trying to fix by developing sensor networks that can catch leaks more quickly.

Then there are the sensors helping waterways stay clean, robots cleaning trash out of the ocean, and smart surfboards that can send data back to scientists. There are almost too many environmental IoT projects in the works to count, and this technology hasn’t even been around that long.

Food production tends to have a fairly large environmental impact thanks to its heavy water usage, chemical fertilizer and pesticide use, soil degradation, and deforestation. It’s getting a lot smarter, though, with IoT sensors and drones being used to monitor soil and crop health to help reduce how much water gets used to irrigate them and how many pesticides get applied.

Smart irrigation and soil management can measure environmental conditions, check the weather, and automatically route water only where it’s needed, for example, and pesticides and fertilizer can be applied with more precision using AI, drones, satellites, robotics, and other IoT-related innovations. Companies like FarmBot are even starting to build robots that can take care of the entire farming process.

Even our food supply chains will change thanks to IoT, as our ability to track food from origin to destination is improving dramatically. This means more efficient transportation and delivery, less waste due to food spoilage, and more transparent business practices. If you value sustainable agriculture or are concerned about food safety, getting trustworthy information about where your food came from and how it was made will only be easier in the future.

Is more technology really the answer?

Technological progress tends to follow a cycle of creating problems with technology and fixing them with more technology, which then, in turn, creates a new set of problems. Thus, looking to IoT to fix our environmental messes seems more than a little ironic. Given the current level of concern for the future of the earth, though, a lot of current technologies are being shaped by at least the desire to be low impact and sustainable. While we may never be able to get exact numbers to assess the impact of IoT on the environment, the general direction of the technology is encouraging.