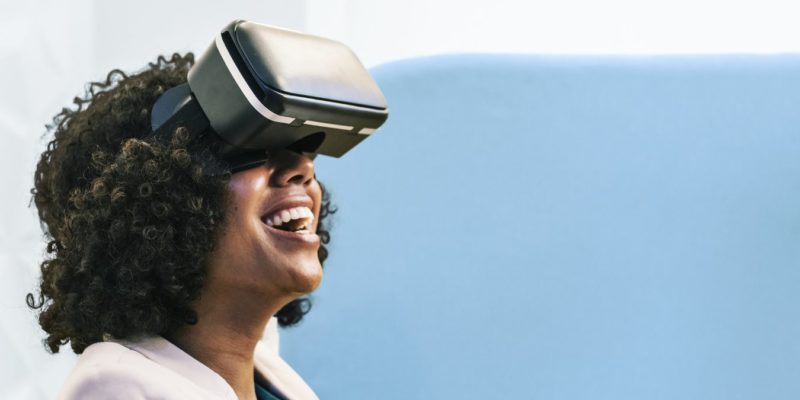 VR is becoming more accessible over time. With the recently-released Oculus Quest, you don’t even need a computer to explore the virtual world! Despite this, there’s still a lot of room to expand and make VR even better.

Here are some ways that VR will improve our life, both now and in the future.

This is what VR is most known for in the current day. People can play video games, watch VR videos, and attend virtual concerts from the comfort of their own home.

This may seem trivial, but virtual reality can do a lot more than a simple television screen. Horror games become a lot scarier when the monster lurks behind your own back, rather than a character’s. Watching a concert is a lot more fun when it feels like you’re right there in the crowd.

As such, you can use VR to train for real-world jobs. With VR systems developing on-board hand trackers, it can emulate grabs, pokes, and lever movements. This makes it a great tool for learning how to do tool-based jobs.

3. Helping Those with Disabilities

Virtual reality can break the rules. Items don’t have to obey the laws of physics; they can suspend in mid-air. You can grab items from far away and even control things just by looking at them.

This gives people with disabilities a new way to explore and have fun. Someone with no locomotion can walk around freely in VR. Someone with arthritic hands can play a game of chess by just looking at the pieces. What would usually be a huge undertaking in real life becomes a breeze when emulated in a virtual world.

4. Go House-Hunting in Your Own Home

Presenceware has other ideas for the VR space. The virtual reality is a great way for someone to explore the inside of a house. You can check out a place and decide if it’s for you or not without even leaving your own home.

This goes beyond simple convenience, however. It allows people to get an idea for a home that’s a long way away, even overseas. Of course, it’d be worth a look around in the real world, but a VR tour would be an excellent way to get a taste before you book the tickets to travel there.

Virtual reality is a unique way to play games and watch videos, but the potential spans far further than entertainment. From training people for important jobs to viewing a house in a different country, we have just scratched the surface on what can be achieved with VR.

What about virtual reality makes you the most excited for the future? Let us know below.