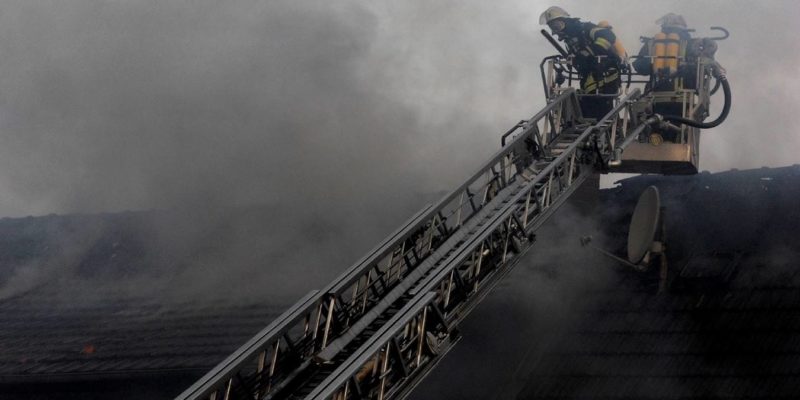 Whether a fire is accidental or incendiary, it’s difficult to predict the exact moment when things will start burning and how quickly it can spread.

According to a 2019 research report, although the risk of a fire is reduced by half for U.S. households with working smoke detectors, these devices are still prone to an alarmingly high rate of failure at 17 percent. Dead batteries alone are causing at least one-fourth of smoke detector failure events.

There is also the annoying problem of false alarms generated by cigarette or incense smoke, cooking, or an unrelated increase in relative humidity.

What these devices are missing is an ability to accurately replace the human approach to detecting and controlling fires.

Accordingly, this creates a space for IoT which can provide 24/7 fire prevention solutions to enable faster response and efficient firefighting. The smoke detectors by themselves are a thing of the past because dealing with fires in the IoT era requires a more strategic, integrated approach.

Listed further below are the current fire detection IoT devices available on the market.

Apart from wildfires and arson, most residential fire incidents can be traced to faulty wiring, gas leakage, candles, flammable spirits, and cooking flames.

Each fire incident has common elements such as exothermic chemical reactions, rapid release of energy, and a combustion process which may be slow or fast depending on how combustible the material environment is.

However, there are also a few key differences. If you have inflammable liquids, such as gasoline or liquefied natural gas (LNG), it leads to a self-sustaining fire due to volatile gases.

With a self-sustaining fire, as long as there is fuel and oxygen, the rate of combustion will be very fast. This is when the fire spread is out of control and you have to call the fire department immediately.

Related: The Importance of Voice Assistants in IoT Devices

The other type of fire has a slower rate of oxidation and can remain undetected for a long time. It is, by far, more dangerous. An unattended cigarette bud, a leaking photovoltaic battery or naphthalene balls can cause slow smoldering fires which only require a trigger to ignite and spread continuously.

How to Prevent Fires with IoT Systems

Whether a fire is self-sustaining or smoldering, detecting and eliminating the problem requires the following mechanisms/devices in an integrated framework. The folloiwng is a proposed framework.

Other additional components of such a framework can include automatic sprinklers, fire extinguishers and other fire control devices.

Currently, a few major industrial fire detection companies such as Bee2FireDetection use an integrated approach to detect and control fires. For this, they use AI techniques which combine sensors, camera surveillance and weather foreasts/fire hazards analysis. A similar solution is the need of the hour for residential fire control units.

Presently, Google Nest Protect is one of the most popular devices to detect fire-related incidents, although it is not an integrated framework.

The device has a carbon monoxide detector to observe smokeless burning possibilities, a split-spectrum sensor to detect self-sustaining and smoldering fires, and smartphone alarms with low-battery detection alerts.

Onelink has a smoke plus CO detector which works with Alexa and Apple HomeKit.

Each year, accidental and deliberate fires cause a lot of damage to property and lead to loss of human lives. IoT devices can be used together to eliminate the fire incidents at their source.

Would you invest in a smarter fire detection and control device? Do let us know in the comments.