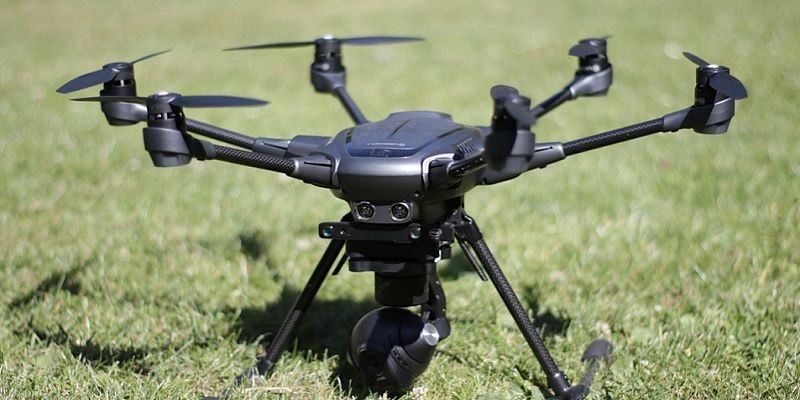 Drones or Unmanned Aerial Vehicles (UAVs) are not that new of a concept. They have always been quite popular with the military, scientists and hobbyists.

However, it’s only now that anyone can fly them for recreational or commercial uses.

Here we will gain a simple understanding of drone technologies and the most basic version you can use – “quad-copters.”

What Is a Drone?

A drone is an unmanned flying object which is operated using a flight controller (present in the drone) and a ground-based controller. The communication (video/data) takes place over radio waves and LTE cellular networks.

You don’t need any specialized skills to fly drones. With practice, they can be easily maneuvered using smartphone apps such as Drone Deploy. You can also use a cheap game controller to encase the phone.

Components of a Drone (Quadcopter)

Today, most drones for recreation can be easily assembled after purchasing a DIY kit that’s available online.

The below figure illustrates the components of one such drone kit, also known as a “quad-copter,” which basically consists of four pairs of propellers.

Additionally, some drones may come with collision sensors to automatically slow down in the presence of birds, other drones, etc.

How Does a Drone Fly?

The simple quad-copter shown in the above example, once assembled, can easily fly as long as the battery power is available.

During flight, the drone’s flight controller sends a signal to the motors via their electronic speed control circuits (ESC). The ESC manages thrust, RPM, (revolutions per minute) and general direction.

The flight controller is also designed to interact with ground GPS and drone app data to perform the signalling, which will help the drone navigate successfully.

Of course, advanced drones can use anything from satellite beams to precision coordinate geometry to reach the destination. They are as good as an airplane in terms of controls, but that is a separate focus.

The good thing for drone enthusiasts is that they can now order their drones online.

Later, feel free to fly them as long as you comply with governmental rules. These include registering the drone and flying it under certain conditions.

Amazon, Best Buy, Ebay and other eCommerce websites have drones for every budget. A good purchase will be in the range of $200. (You can even go with drones for $50 and less, but we don’t recommend those basic toys.)

Getting yourself a drone is now just one click away. However, if you have pets or infants in your home, they can feel seriously disturbed.

In fact, the cheaper quad-copters are very noisy. Don’t fly them inside the home unless everyone is okay with it.

Also, if you live in residential surroundings, the neighbors might complain to the police about your droning. Try to fly these things in open spaces only.

Do you plan on purchasing a drone? Do let us know in the comments.