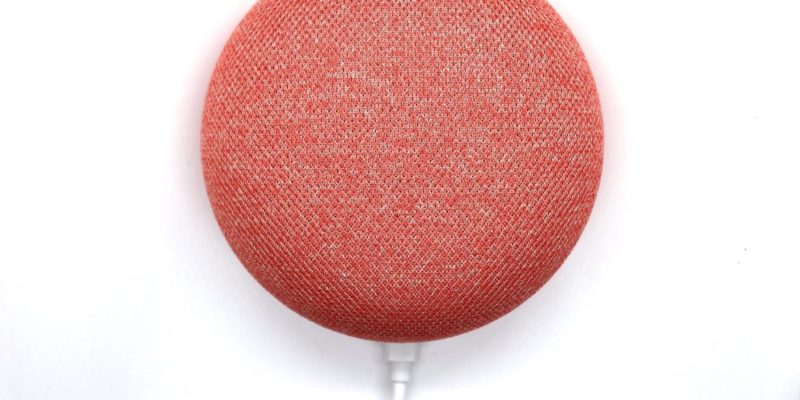 If you’ve been keeping up with the latest home hub news, you’ll know that Google released a new hub in October this year. It’s called the Nest Mini, and it promises to be the next step above Google’s Home Mini.

There’s just one problem; the Nest and Home look identical to one another! As such, it’s hard to know how exactly the Nest improvements on the formula. So let’s pop open the hood on both and see how the inner-workings differ between the two models.

How Does the Casing Differ?

From first glance, the two hubs look identical. However, the Nest comes in a few more colors and comes in a slightly smaller size.

What’s most notable is what’s on the underside of the Nest. It now sports a hole for wall-mounting, unlike the Home. This allows you to attach the Nest to a wall for optimal positioning.

How Does Voice Recognition Differ?

To start, the Nest has three microphones, one more than the Home’s two. This makes it better for picking up voices and understanding language.

Some users report that the Nest recognizes and responds to statements better than the Home. This may be purely due to the added microphone, but it may also be due to some hardware improvements that made it easier to pick out words.

Is the Audio Different?

Google also beefed up the Nest’s speakers. They report that it has twice the bass of the original Home, which is good news for people who found the Home’s audio a little lacking.

How About the On-Board Controls?

You have always been able to control the Home via the Google Home app, and the Nest doesn’t revolutionize this. What it does do, however, is add a “button” to the top of the unit that mutes or pauses audio. We say “button” because it’s not actually visible, but if you press the top of the mesh, it activates.

What About the Cost?

With all these nice touches, you’d be forgiven to think that the Nest would cost more than the Home. In fact, it’s exactly the same price at $49.99.

You may be able to find the Home at a cheaper price than this – after all, with the Nest being better than a Home, stores will discount the Home in order to shift models. However, in terms of RRP, they’re both at the same price.

Should You Buy It?

If you don’t have a Google-based home hub but are looking into purchasing one, get the Google Nest Mini. There’s no reason to purchase the older Home Hub other than a potentially cheaper price; even then, you’d probably be better off spending that little bit extra for the improvements.

If you already have a Google Home Hub, you may not find the above improvements to be worth shelling out another $50. As such, you should only buy the Nest Mini if you like the sound of the upgrades. If not, your Home Hub should still work fine.

Are you getting a Google Nest Mini? Let us know below.

Top Tips for You to Get Started with Your New Smart Home Speaker
Smart Fish Tanks May Be the Future of the Aquarium Hobby
LG’s Futuristic Smart Door Handles Everything
Mateo Smart Bathroom Mat Will Monitor Weight, Fat Mass, Posture, and More
We use cookies to ensure that we give you the best experience on our website. These include cookies for analytics and personalized advertising. If you continue to use this site, we will assume that you are happy with it.OkPrivacy policy