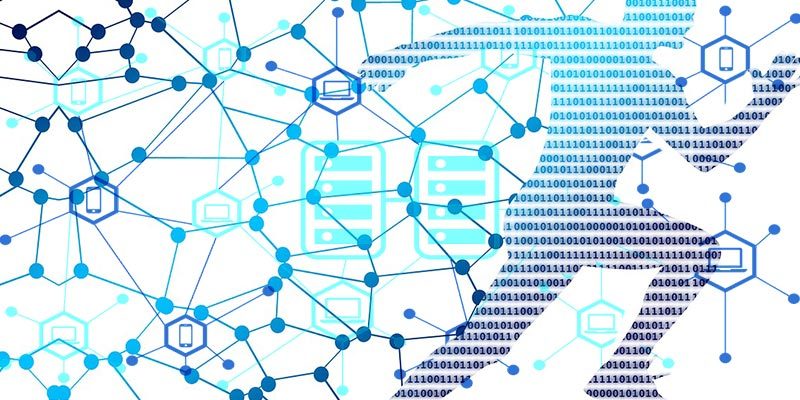 The year is 2035. You get to work in a ride-share car, scan yourself in biometrically, and check the status of your project. It turns out it’s ready to deliver, so you send the work to your international client, triggering an automatic cross-border payment. Pretty much everything you just did was powered by blockchains in some way. Welcome to the future!

At least, that’s what a lot of blockchain advocates think, and they’re probably not wrong. Blockchain technology is still in its early stages, but combined with the similarly decentralized and disruptive Internet of Things (IoT), it’s gearing up to be one of the most disruptive technologies in recent history.

Broadly put, blockchains want to make the world a more direct place, enabling peer-to-peer trust instead of requiring multiple intermediaries to verify that things are working correctly. It’s almost definitely going to start some new industries and eliminate some old ones – and that’s what disruption is all about.

What makes a technology disruptive?

The term “disruptive innovation” was first coined in 1995 by Clayton Christensen, and it’s broadly defined as any technology or idea that changes an existing market or process, displacing old products or companies. Good examples are digital media and streaming content, which replaced CDs and DVDs; or Wikipedia, which made encyclopedias pretty much obsolete. By this metric, blockchains are extremely disruptive: the majority of current applications are aimed at replacing some existing technology or process, especially by eliminating the need for trusted third parties.

Not all new technologies qualify, though. Until they initiate a significant change or displacement, they technically haven’t disrupted anything. Wikipedia became disruptive, but not until it got large and popular enough to be a viable alternative to encyclopedias.

Does blockchain make the cut? Well, yes and no. Blockchains have started to be applied in disruptive ways across many industries, but they haven’t really scaled yet. It might be more accurate to say that blockchains have a lot of disruptive potential. There are so many projects and ideas floating around in the blockchain space right now that if even a fraction succeed, we’ll be seeing some big changes.

What exactly will blockchain disrupt?

Blockchain is a hugely flexible technology, as evidenced by the fact that you can add it to just about anything, and somebody out there will think it’s a good idea. Tradeable kitties on the blockchain? Done. Diamonds on the blockchain? Of course. Cryptocurrencies designed around marijuana? How about more than seventeen of them? Just try Googling “[industry name] blockchain,” and you’re almost guaranteed to get a hit.

Essentially, anything that requires transactions and trust between multiple parties is a candidate for blockchain disruption. When you think about it, that describes most industries.

A few examples that have made it more into the mainstream include:

They might be two of the biggest trends of the 2010s, and they’re actually not so different: blockchain is sort of like the software to IoT’s hardware. IoT systems are generally decentralized, handle a lot of data, and require shared trust between nodes. Blockchains are pretty much designed for this type of environment: they’re decentralized by nature, record data in a mathematically secured format, and require consensus between nodes in order to implement a change. Public key encryption helps data move securely between nodes, and the transaction ledger keeps track of where each piece of data comes from, where it goes, when it’s updated, and who updated it, enabling scalability and security.

Smart contracts are also important in IoT, as they can be used to automate transactions between systems. A building automation system could automatically purchase extra energy from solar panels on the building next door, for example, or a network of sensors embedded in cars and roadways could send data about an accident to a blockchain-based insurance database, which could then initiate appropriate payments and account updates. These sorts of applications definitely qualify as disruptive, since they involve automating quite a few intermediary steps.

Money is only one area that blockchain could potentially disrupt, and frankly, it’s not as close to doing that as you might think. We’ve had a long time to create relatively frictionless fiat-currency transaction systems, and buying a coffee with Bitcoin is still more work than cash or card.

On a deeper systems level, though, blockchain is making waves – it’s just that its most practical applications also tend to be the least likely to attract attention. The more broadly it’s implemented, tested, and designed for, though, the more you’ll find yourself interacting with them on a daily basis, whether you know it or not. If you work as any kind of a middleman, though, you may want to update your resume – or, better yet, learn some blockchain skills – because your job might not exist in a few years.