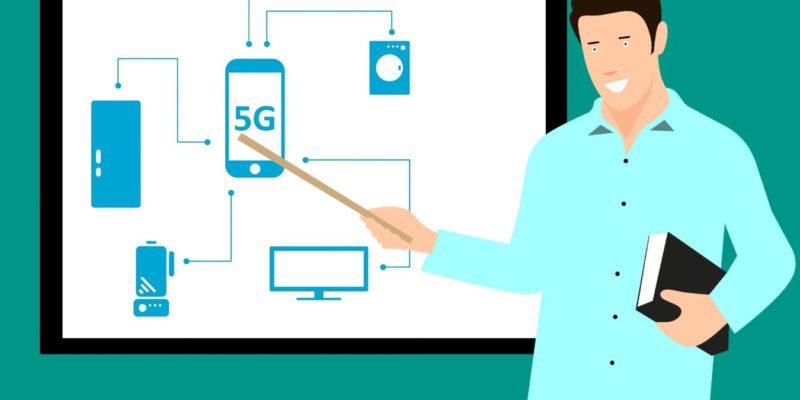 We’ve talked a lot about 5G on this website, and for good reason; it’s often heralded as the network that will boost the IoT revolution. Of course, we haven’t really dug into what 5G will mean for your phone; that’s the first thing that comes to people’s mind when they think of cellular networks, after all!

The jump from 3G to 4G LTE was drastic enough to drive 3G into near-extinction, but will it, too, fall to the technology on the horizon that is 5G?

To start, let’s put the two speeds together and see how they fare against one another. Of course, to do this we need to look at real-life numbers instead of the ones marketers use.

Advertising tends to use the age-old trick of speeds that are “up to” a certain number, meaning what you get is less than what’s marketed. As such, it’s best if we look at studies that monitored speeds “in the wild” for a more accurate look.

Tom’s Guide did a piece on 4G LTE vs. 5G speeds, and the results vary wildly. The 4G speeds for the four major network providers in America range between 32 and 53 Mbps, but the provider’s respective 5G speeds range from 151Mbps to 1Gbps!

Even if we take the highest 4G speed and compare it to the lowest 5G one, the 5G speed beats out 4G by just under 3 times the amount. This shows that an upgrade to 5G gives a substantial speed increase, even when using real-world statistics instead of “promised” advertising rates.

If you’re not sure what “latency” is, it’s the time it takes for a packet of data to get from one device to another. The smaller the latency number, the quicker packets travel.

This is important because this delay tells us how long it takes for an action on one side to alter the environment on the other. For instance, if you’re performing surgery over an Internet connection, high latencies will mean the surgeon will feel a delay between his movements and the movements on-screen.

4G LTE has an impressive latency; OFCOM reports that 4G’s latency is around 50 milliseconds. This means, if you wave to your friend on Facetime over a 4G connection, your friend will see you wave 50 milliseconds after you did it. This is a pretty good timeframe, all things considered!

5G, however, is not just aiming for higher speeds; it’s also aiming at destroying latency altogether. CNET reported that Nokia’s 5G testing managed to get a latency of 1-2 milliseconds. This latency is so low, we’re unable to spot the delay with our eyes.

The One Issue with 5G

Right now, it looks like a knockout win for 5G. With those kinds of speeds and the lightning-fast latency, why would you ever stick with 4G? For now, there is one very good reason – the cost.

At the time of writing, 5G phones are very expensive. By moving to the 5G network, you’re automatically paying another $10 a month just for the privilege. This doesn’t consider upgrading to a 5G phone and data usage.

As Wired put it:

Verizon’s announcement is the first hint that the major carriers won’t treat 5G as a routine upgrade to existing networks but rather as a premium service for those willing to pay extra, at least for now. That could change as 5G becomes more widespread or as the wireless market itself changes.

As such, when 5G truly takes off and the prices are lowered, 5G will definitely make your 4G LTE phone redundant; for now, however, you’re better off sticking with 5G.

5G is a serious threat to the existence of 4G phones and will render it obsolete in the future. However, that is what it is: the future. For now, 5G phones are too expensive for the general public to buy into, giving 4G phones some time to exist for a few more years.

Are you interested in getting a 5G phone? Let us know below.