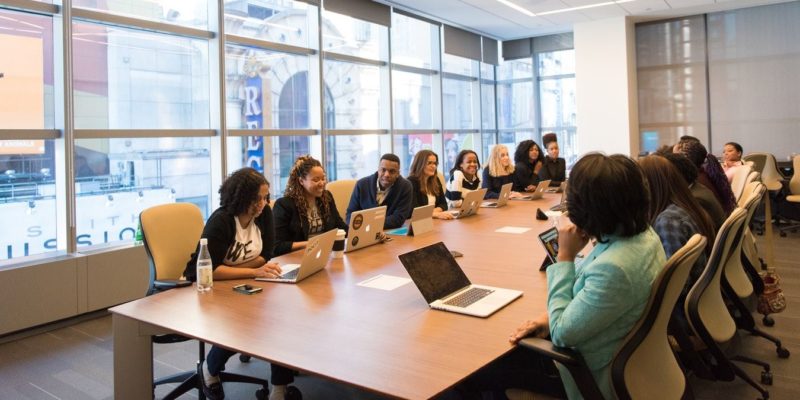 A jury of 12 tech specialists, called the CIO Jury, have weighed their opinion on IoT several times over the last year. In one of their most recent reports, 50% of the CIO Jury declared that they believe 5G will boost IoT.

This is an interesting take, as 5G has been heralded as the technology that will bring 5G to the forefront. Interestingly, half of the panel doesn’t believe this is the case. So, what sides are the panel taking?

What Were They Asked?

Before we leap into the answers, it’s important to analyze the question the panel was asked. The exact wording for the question was “Do you think 5G will accelerate the adoption of IoT within your industry?“

This does mean that the responders answered in relation to the industry they had expertise in, but one of IoT’s strongest assets is how it can get into every niche and career path. So, what were the arguments for and against this question?

First up is Emil Sayegh, CEO of Ntirety. Ntirety is a cloud service provider, and Emil believes that 5G will help:

“5G is specifically critical for mission-critical services such as self-driving vehicles, or robotic surgeries. These services need near-instantaneous, and super low-latency communication independently of location. It needs to be the same quality of service in rural areas, as it is in NFL cities. These IoT deployments need IT infrastructure in close proximity and in conjunction with 5G deployments, to minimize latency and deliver a high level of quality of service ubiquitously.”

Emil is tackling an area of IoT that can’t be done on current mobile connections. Self-driving cars and surgeries need a bandwidth that’s more generous than 4G LTE, and 5G is the answer.

Roger Berg, vice president of DENSO’s R&D in North America, agreed. DENSO is an automotive company, and he agreed that 5G will help self-driving cars a lot. He did add that companies should work together to help the cars talk to one another to bring the future of self-driving cars to reality.

Alan DiCicco, solutions marketing senior director at Calix, instead focused on the power output potential for 5G. He says that 5G will make room for more devices to connect to the internet, with lower latency speeds and low power operation, which is a win on all fronts in all niches.

Responders That Said “No”

Credit unions probably won’t benefit a huge amount from IoT, but a surprising “no” answer came from the CEO of Kiwi for Gmail, Eric Shashoua:

“In the enterprise productivity space, 5G is still too inconsistently available for IoT devices to be deployed and be dependable. That fact also limits the potential range of IoT applications that are available. Yes, IoT would thrive in a context where devices can be connected to the cloud anywhere and with little cost. 5G isn’t that yet. Low-cost, ubiquitous connectivity, at 3G speeds, is what would make 80% of the IoT dream a reality.”

Eric makes a great point here. He says that 5G could be a help, but right now, it’s not feasible to migrate IoT over to it. Perhaps in a few years when 5G becomes the norm, Eric may change his stance; for now, however, he makes a solid point about the state of IoT and 5G.

Is 5G The Future For IoT?

Personally, I feel both sides make a good point here. The people who said “yes” have some good use-cases for 5G, but they’re more idealistic outlooks for the network. They’re something we may see in 3-5 years’ time, but not this year.

The people who said “no” have a pessimistic view on what 5G will provide. These naysayers are more realistic with current-day limitations for the technology, looking at what we have now instead of what we may get in the future. Perhaps in the future, as 5G develops, their view will change.

Do you think 5G will help in your line of work? Let us know below.

How Smart Technology Helps You Live a Healthier Life
New “Smart Walls” Can Boost IoT Signals
US and UK Cellular Companies Begin LTE-M Rollout
Talking Cars, Anyone? Tesla Electric Vehicles Might Talk to People
We use cookies to ensure that we give you the best experience on our website. These include cookies for analytics and personalized advertising. If you continue to use this site, we will assume that you are happy with it.OkPrivacy policy