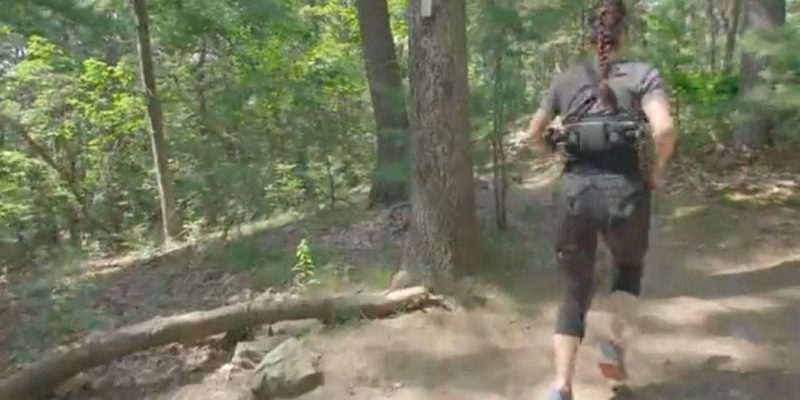 Let’s face it: we don’t always get that runner’s high when we’re out for a jog or a walk. Sometimes it does become a chore, but we may never forgive ourselves if we decide to skip the daily run or walk.

If this sounds like what you sometimes experience, you may need the new robot shorts designed by Harvard scientists to make running a little easier on you, as the exosuit will make you feel several pounds lighter.

At the very least, these should at least make our daily fitness seem a little less like a chore.

The lightweight hip exosuit makes you feel 12 or more pounds lighter by reducing your metabolic cost, meaning the energy you spend. It takes away over 9 percent while you’re walking and 4 percent while you’re running, said the researchers in a report that was published in Science.

Not only do the shorts handle both walking and running, but they do so seamlessly with a “cable actuation system” attached to the suit between the waist belt and thigh wrap. This tensile force creates a torque on your glutes.

“We were excited to see that the device performed well during uphill walking, at different running speeds and during overground testing outside, which showed the versatility of the system,” said Conor Walsh, study lead, in the release.

While the university’s researchers admit the robot shorts feel strange because they’re pulling on your legs, “Turn [the robot] off, and it’s like reaching the end of a moving walkway. Your legs feel heavy, you realize how much work the robot was doing, and walking without it seems like a real drag,” according to the team.

Practical Uses for the Robot Shorts

Not only can the robot shorts be helpful to fitness buffs, but they can also be helpful to anyone who has to be on their feet and moving continuously over large distances, such as mail carriers. They would also be of help to those with a disability.

“It is very satisfying to see how far our approach has come,” said Walsh, “and we are excited to continue to apply it to a range of applications, including assisting those with gait impairments, industry workers at risk of injury performing physically strenuous tasks, or recreational weekend warriors.”

Would you like to have these robot shorts make you feel lighter while you walk or run? Or are you looking at other practical uses? Tell us your thoughts in the comments below.