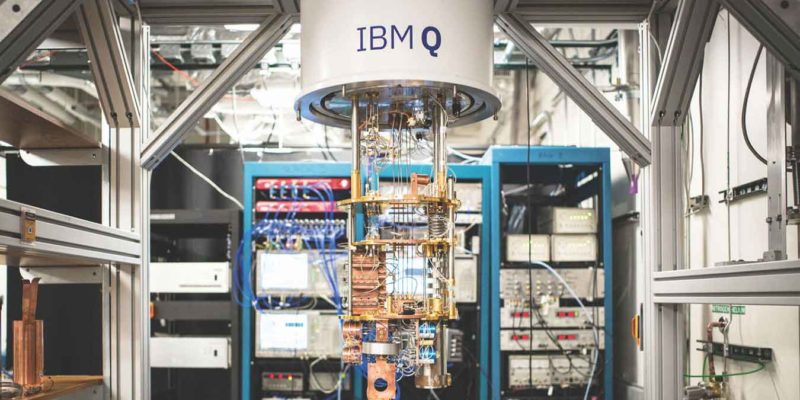 There are a lot of buzzwords around the Internet of Things which, in itself, is a similarly lofty term. Among talk of the cloud, artificial intelligence, augmented intelligence, and other similar terms, you’re sure to hear about quantum computing. This isn’t all that new of a term, but we’re just beginning to see it in action.

Quantum computing could potentially mean revolutionary leaps forward with massive impact on the future of computing. As you may imagine, this could also stand to impact the future of the Internet of things. But how long will we have to wait?

What Is Quantum Computing

To understanding quantum computing, let’s first take a look at traditional computers. The foundation of a large portion of how modern computers work is the concept of a bit. This is a very simple idea: a bit can be either 0 or 1.

Based on whether a bit is 0 (“off”) or 1 (“on”), you can do all sorts of operations, but it all comes back to these bits. Everything you’re seeing on your screen right now is directly related to bits in one way or another.

Quantum computing uses qubits, which is similar to bits but also fundamentally different. Qubits can be in a quantum state of either 0 or 1. They can also be both, but when measured will always be 0 or 1. You can measure whether you’ll get 0 or 1 based on probability of the quantum state.

This may sound confusing, and it is, but due to how quantum states work, a quantum computer can theoretically be much faster than a traditional computer.

What Does Quantum Computing Mean for IoT?

The nature of quantum computers means that, because they can in a way represent all possible states at the same time, they can deal with large data sets well. As IoT applications frequently deal with massive amounts of data, quantum computers could mean a major leap forward.

Even verifying that different systems are working together as intended is a larger problem than you may think. Quantum computing could speed this up considerably, removing bottlenecks that could lead to more full-featured IoT applications.

Where Is Quantum Computing Right Now?

Unfortunately, despite all the promise of quantum computing, we won’t begin to see the benefits for some time. Quantum computers do exist, but for now they are noisy, which requires error correction. Because of the correction required, current quantum computers are limited and not nearly as fast as they could be.

Even so, companies like Google, Microsoft, and IBM Q are all pouring massive resources into quantum computing research. It’s not a matter of if we’ll see quantum computers become more viable for actual use cases but when.

As qubits begin to operate more smoothly and without errors, the next step is building entire computers around them with the goal of solving real world problems. That is when we could potentially see some serious results.

As mentioned at the top, quantum computing is just one of many potentially confusing terms you’ll hear around IoT. If you’re ever feeling lost, take a look at our glossary of IoT terms. This should help you have a much better understanding of the space.