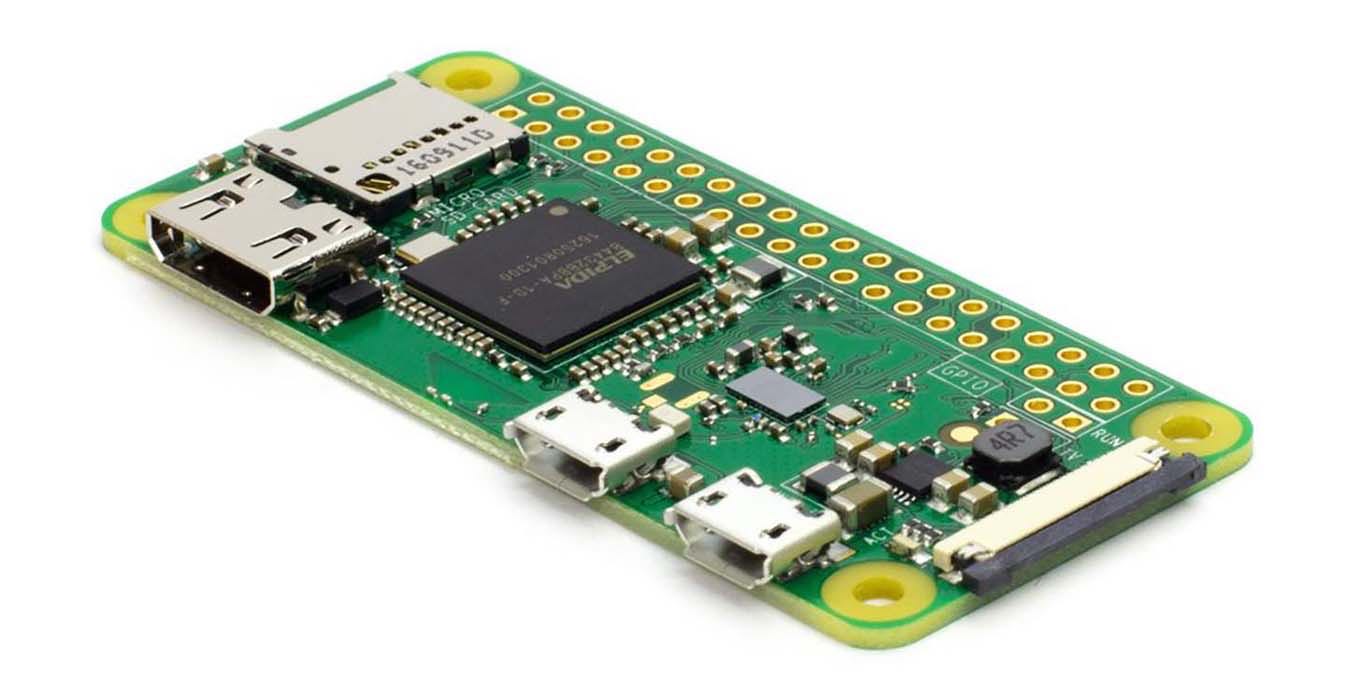 The Raspberry Pi Zero was a welcome addition to the British single-board computer family when it came out in 2015. All the power and flexibility of the original Raspberry Pi in a form factor the size of a stick of gum.

It’s easy to see the Pi Zero merely as a low-powered device with not much to offer to IoT, but as we’ll see shortly, it’s all a matter of context.

Look, I know these charts showing how it performs compared to the other Pi boards might not be the best advert for the Pi Zero, but stick with me until the end; knowing where the Zero fits in the range allows you to balance power against size and value. Remember all the faster machines are two to three times the price!

In this article I explain how the Raspberry Pi Zero fits into the Pi Family and where it might potentially fit into your future IoT projects. Deep breath, let’s get started.

The Pi Zero is a Raspberry Pi but stripped down to the barest bones, all the fat removed (even the GPIO header), with as much computing power as you can fit on the tiny board. Its main strengths have, of course, to do with its size and price, a 65mm x 30mm board which costs just £5 (about $7).

Of course, the cost was shaved by keeping the same System on a Chip (SoC) as the Pi 1 but losing the full size Ethernet and USB ports and leaving the protruding pins of the GPIO header as an optional add-on, which users could solder on themselves if they wished.

Its strengths need to be offset against its weaknesses. It’s not the fastest Pi, and any ports you need have to be added, either via USB or the GPIO or with bulky adapters, and in doing so you nullify its small size. Regardless of the available ports, this is not really meant as a desktop computer – this is a tiny computer to fit inside smart projects.

To see where the Zero truly fits inside the Pi Family, let’s run some tests with the rest of the group and see if we can find some context.

To test the processing power of the Pis, I ran copies of Roy Longbottom’s Linpack port. The results (in MIPS) were predictable.

Of course, as the Zero shares a chipset with the original Pis, it’s obvious the performance would be similar. The Zero has a little bit of an edge, probably due to smaller overheads, not driving ports, etc. The new full size Pis have better chips and raw clock-speed performance, so are almost three to four times as fast.

With the Speedometer 2.0 test, however, the results are a bit more nuanced because it not only tests raw CPU performance but also memory speed and capacity at the same time.

Again, no real surprise there, as the Zero is on the low end compared to the bigger machines, but then you don’t buy a Zero for raw processing power.

The takeaway from these tests is that the Zero is not good at raw data processing, and that limits the kind of applications we might design for it.

While we’re on the subject of speed, how does that memory access stack up? Let’s test it using the popular RAMspeed/SMP tool.

Obviously, there’s a difference in speed between the Pi Zero and the larger Pis. Again this is not necessarily something which prevents the Zero being useful in certain applications, but it’s important to bear in mind.

This is where it starts to get interesting. The USB ports allow you to add peripherals to the Pi, and with a USB hub hat to maintain its slim profile, this gets even more useful. The throughput you get with USB levels the playing field quite a bit.

The USB read/write speeds (in MBps) are roughly comparable across the range, so the Zero compares very favorably, even with the bigger Pis. This means that USB performance on the Zero is pretty good, so running USB peripherals for sound/Ethernet/Wi-Fi, etc., will go pretty smoothly.

A similar story with Wi-Fi tests (in MBps) although because only some of the Pi family have onboard Wi-Fi radios, we have to test external Wi-Fi options, too. They do a good job, too, as they outperform the onboard Wi-Fi by quite a lot.

The Pi Zero performs as well as the Pi 3 on Wi-Fi. So if you use a USB adapter to add Wi-Fi to the non-Wi-Fi equipped Pis, you can expect excellent performance, too.

This means that applications which use wireless Internet or networking will perform very well on the Zero, almost as well as any other Pi.

Where the Zero really wins is with its low power drain (in Watts). Obviously, being a much leaner board with fewer ports and chips to support, its power needs are that much smaller.

Having a much less power hungry board means that the Pi Zero is the go-to device for handheld projects which use battery power to get the job done.

So what does all this teach us? As I said at the beginning, it’s easy to compare the Zero to later models and other more powerful computers and think of it as underpowered. It’s not strictly true, and it’s all about context. Just because other boards are more powerful doesn’t mean that the Zero is not powerful.

The original Pi had this same processor and speed and was considered a powerhouse of a small computer at the time. The Zero’s best applications are not number crunching and brute force computing tasks. The Pi Zero is best when it’s farming off tasks to external devices or internal graphics processors. Its superpower is its small size, not its processing power.

The Zero is happiest when running at the heart of a handheld device like a retro gaming console, a robot, or a camera. Graphics are handled by the co-processor built into the SoC, so it can handle graphics, especially streaming video and capturing movies. It’s superb at playing HiFi audio, too, especially when teamed with a DAC hat or USB audio card.

Its killer apps are:

Retropie – although only early arcades and consoles will perform well, consoles with many graphics and sound co-processors like Playstation, N64, etc., are too resource-hungry. Plus, you can make it battery-powered and handheld.

Plex – a compact and fast Plex client can be made with a Pi Zero, so small it can be fastened to a projector to make a standalone cinema device.

Camera – with the official camera case, built-in driver software and a battery pack, you can make a range of useful, totally wireless security camera projects.

Let us know in the comments about your Pi Zero projects and how you’ve harnessed the tiny computer to bring life to your IoT devices.