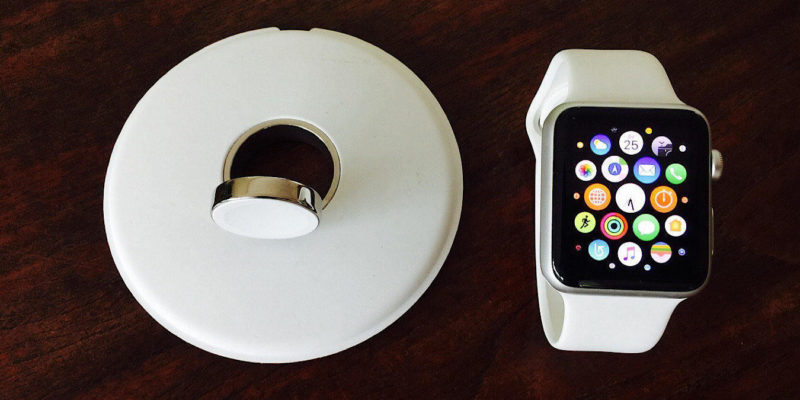 Many people appreciate smartphones getting larger, as they have larger hands, and it allows them to use the touchscreen and type more easily. That’s what makes it frustrating then to move to a smartwatch where there just is literally no room. Icons are too tiny, and it can be hard to select just the right one.

A patent aims to change that in the future. INNOVENTIONS, Inc. has patented technology that will allow users to interact with their smartwatches with their hand acting as a virtual touchpad.

INNOVENTION’s new technology will allow you to use touch gestures on the back of your hand, creating a large virtual touchpad. For those with large hands and fingers, it has to be big news.

“Imagine if you are running with a sportswatch, and you don’t want to touch the display. Or your hands are really dirty. With this virtual touchpad invention, you don’t have to touch your watch at all to use it. You can even draw letters and words on the back of your hand to text a reply,” said the inventor of the Virtual Touchpad technology and president and CTO of INNOVENTIONS, Dr. David Y. Feinstein. 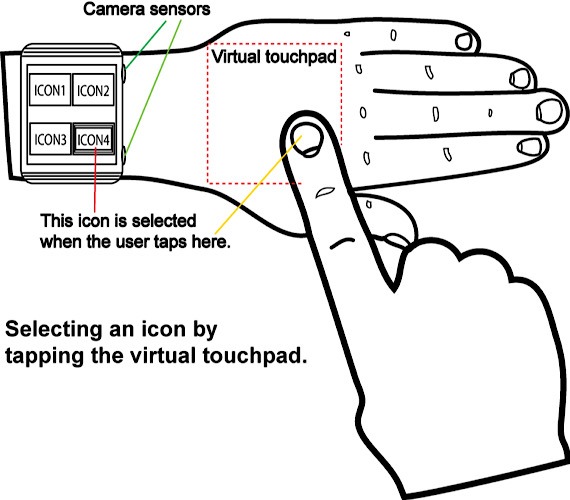 An important feature of the technology will be that it will be able to distinguish between a true touch gesture and a hovering gesture.

“Since the user taps and drags on their hand via the virtual touchpad and not on the tiny smartwatch screen, it is easier to use as the previously entered characters can be seen easily, without any obstruction,” explains Feinstein.

The virtual touchpad technology implements all common gestures from mobile devices, such as drag, tap, double-tap, long-press, and pinch.

INNOVENTIONS has also patented RotoView, a tilt-scroll technology for mobile displays in smartphones and tablets.

It’s unknown when we will actually see the virtual touchpad on smartwatches in the marketplace. The “Virtual Touchpads for Wearable and Portable Devices” patent was just granted on October 15, 2019. At this point it seems they are just waiting for smartwatch manufacturers to sign onto it.

Do you have larger hands? Would a virtual touchpad increase the likelihood of you purchasing a smartwatch? Let us know your thoughts on using your hand as a touchpad for a smartwatch in the comments section below.