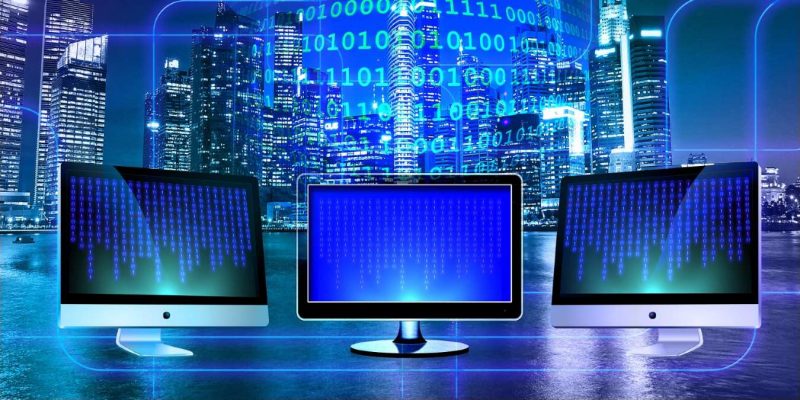 What’s Using All this Data?

Of course, the world of IoT has a huge variety of sensors and data collectors. This means this huge amount of data usage won’t be just one kind of data but a smorgasbord of all kinds of information being passed around the Internet.

However, the predictions do state that the most bandwidth-heavy applications of IoT will be video surveillance. As more people get on board with the concept of live feeds of your home no matter where you are, it will take a toll on the networks that supply the feeds.

We’ll also see devices reporting back on its status with varying rates; a health monitor may report back every millisecond, while a smart meter may send its electricity and gas readings back every half hour.

If this prediction is accurate, it tells us two things. First, people are adopting IoT at an alarming rate. Such a huge improvement over the space of six years shows that IoT is not just a fad – it’s a very real force of nature that will redefine how we live our daily lives.

Second, it also shows why it’s so important to get a proper infrastructure set up for the next generation of IoT devices. 79.4 ZB of data is nothing to take lightly, and it’s very important that the networks involved are ready to take on such a heavy load.

Not only that, but the infrastructure also has to be ready to save all this data if need be. If a surveillance company sells IoT security cameras that record client’s feeds and saves them for a month, they have to keep up with the influx of new customers wanting to store their recordings, as well as existing customers purchasing more cameras.

This potentially explains why companies these days are moving toward storage models that expand as their operations grow. Serverless computing, for instance, is a bit of a misnomer, as it does actually use servers to perform its job. The name comes from how users don’t need to interact with the server level whatsoever – they simply use the service and the storage and service fees scale with them.

Which Network Will Handle this Huge Demand?

Fortunately, we’re already seeing a range of different networks promising to help handle the burden of all this data. Even better, these networks aren’t directly butting heads with one another – they each fill a unique niche that allows developers to choose the one that suits their use case best.

The network that will affect our lives as a consumer the most is the long-awaited 5G. 5G has proven itself to be a strong contender in the IoT world and has the bandwidth and speeds to handle the next generation of IoT devices.

Once 5G rolls out, more devices will take advantage of this expanded bandwidth, which in turn will put heavier loads on the network, causing services to step up their game to satisfy user needs.

The Demands of the Future

With such a stunning figure as 41.6 billion IoT devices in 2025, its hard not to imagine what kind of information superhighway will be needed to support every device. With 5G right around the corner, however, we may just be ready to take on this huge demand.

Do you think the prediction will come true? Will the end result have more or less devices than the prediction? Let us know your thoughts below.