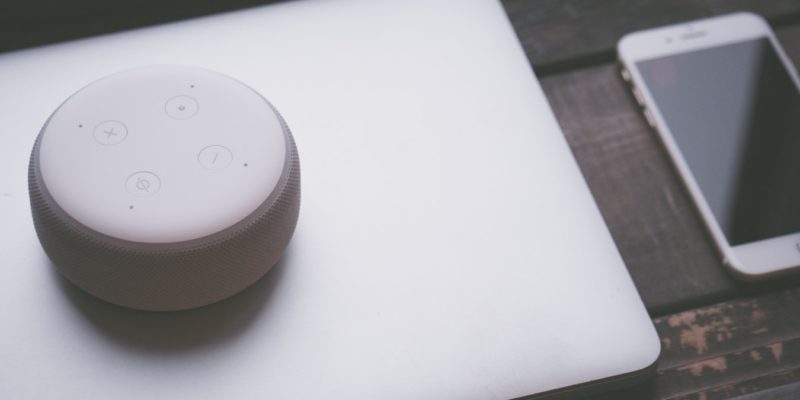 Amazon’s Alexa can make your life easier in several ways. That said, the virtual assistant isn’t exactly known for its humor. For some people that’s fine, but others would prefer a little more personality.

If you don’t think Alexa has a sense of humor, it’s because you’re not asking the right questions. Once you know a few tricks, Alexa will have both you and your friends cracking up.

You probably know by now that Alexa can put on just about whatever music you request of her, assuming you’re linked to the right services like Spotify, Amazon Music, YouTube or whatever.

But seeing as Alexa’s basically there for your every whim, like a court jester, why not ask her to sing some stuff for you? Here are some things you can ask:

Alexa, can you sing The Alexa Song?

Alexa, sing for me?

Alexa, can you rap?

Whichever one you go for, expect a tongue-in-cheek but genuinely quite good lyrical treat.

Alexa is a vast repository of information, and in her brainbank also contains a whole bunch of riddles for you to answer. Just say:

Alexa, tell me a riddle

Upon doing this, Alexa will ask you a riddle. The catch is that it doesn’t give you much time to answer and work it out for yourself, but it’s still a good way to gather riddles to impress your friends with later.

For enthusiast and more hardcore riddlers, you can get the “Riddle of the Day” app by asking Alexa to open it. Here you have until 4pm each day to solve various riddles by yourself, and under a paid “Pro” plan can even compete in a national competition!

With the latest Star Wars movie coming out this Christmas, it’s a perfect time to fill your ears with whimsical references to the movies. There are quite a few Star Wars-related funnies that Alexa throws out you. Here are some of our faves:

We won’t give away the answers, but they’re good ‘uns!

The Most Divisive Question of All

We all know what the question, and we’ve no doubt that you’re dying to know Alexa’s answer. The fateful question that will stir up fanboys on either side of the debate is:

We’re not going to give away the answer here. Where’s the fun in that? But you can rest assured that whatever the answer, someone’s going to get angry…

To start, try asking some things that you’d normally ask your family or roommate. For example, try:

Alexa, how was your day?

Alexa has a few different answers to this question, and they’re all pretty funny.

It turns out Alexa has opinions about the other virtual assistants out there. Some are positive, while others are less so.

Alexa, do you know Cortana?

The above will get you a funny answer, and Alexa seems to like Cortana. On the other hand, asking the following will see Alexa acting more aloof.

Alexa, do you know Siri?

Alexa knows more than just other virtual assistants, too, so try asking about some other popular figures.

You can ask Alexa to get musical in a few different ways:

Alexa, rap for me.

Alexa, can you beatbox?

All of the above will see Alexa react in different ways. It turns out she has a decent singing voice.

As you might imagine, Alexa is pretty smart. If you ask the right sort of question, you can see this first-hand. For example:

Alexa, what is the value of pi?

The virtual assistant will start listing the numbers, but will get tired of it eventually.To Be or Not to Be?

Alexa is aware that she is a virtual assistant, so asking the right questions will get her to fill in some details for you.

Alexa, how old are you?

The above will get you a joke about how old Alexa is in nanoseconds or something similar. The following will give you a look at what life in the cloud is like.

Alexa, what do you weigh?

If you just want Alexa to tell you a joke, all you have to do is request it:

Alexa, tell me a joke.

You can also start with the setup for a joke:

Alexa, why did the chicken cross the road?

Alexa has some strong opinions on some foods and beverages. Just try asking one of these questions:

Alexa, what is you favorite food?

Alexa, what is your favorite drink?

Alexa, make me a sandwich.

The answer to the last one is a little sassy.

Alexa knows a lot about animals, even how to sound like one. Want to see for yourself? Ask one of the following:

Alexa, can you bark?

Just make sure your pets don’t get upset.

If you want to see Alexa get a little creeped out, ask one of these questions.

Alexa, will you be my girlfriend?

Alexa, will you marry me?

It turns out Alexa likes you, but not like that.

Alexa knows a lot about movies and games. The following questions will get you all sorts of fun answers:

Alexa, beam me up.

Alexa, is the cake a lie?

Alexa, I am your father.

You might see the punchline to the last one coming, but it’s still funny.

Want to Actually Get Something Done?

Once you’re done exposing Alexa’s more humorous side, it’s time to get back to the actual useful features. For that, check out our list of secret Alexa commands you probably didn’t know about. Ok, some are still time-wasters, but there are some real gems in there too!

6 Best Alexa Routines You Have to Try

7 Smart Home Devices that Will Save You Money

Funny Things to Ask Alexa for Kids
5 of the Best Smart Lamps to Brighten Up Your Home
11 Secret Alexa Commands You Didn’t Know About
How to Troubleshoot Amazon Echo
We use cookies to ensure that we give you the best experience on our website. These include cookies for analytics and personalized advertising. If you continue to use this site, we will assume that you are happy with it.OkPrivacy policy