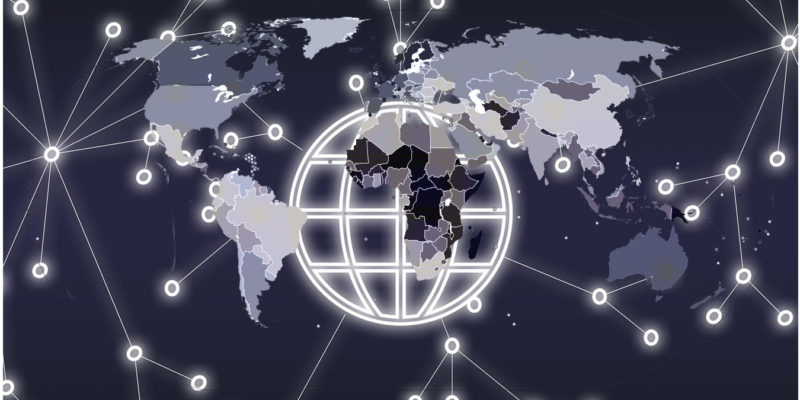 How big is IoT? Short answer: firms like Cisco, Arm, and Gartner estimate that there are currently somewhere between 18 and 28 billion connected devices. If you define IoT as only devices primarily meant for machine-to-machine communication, it’s about 35 to 50 percent of that total. If you include things like smartphones and smart TVs, up to 90 percent of the Internet is arguably IoT. Either way, we probably have around 2.5 connected devices per human now, and that number will only go up.

If those numbers don’t mean a lot on their own, imagine that every connected device is a single drop of water. Here’s what the Internet would look like in liquid form (converting 4000 drops to 1 liter):

Most numbers used here throughout are Cisco’s estimates, arrived at via a combination of their own analysis and data gathered from other firms. Every count and prediction uses different metrics and assumptions, but the general trend is the same: connected devices have grown exponentially over the last decade, and machine-to-machine (M2M)/IoT devices are going to be responsible for yet another explosion.

It’s hard to pin down exactly what qualifies as an IoT device, so we’ll break the total by type and let you come to your own conclusions how many Olympic-size pools the IoT would fill. We’ll do that using Cisco’s most recent report in which they figured out what was online in 2017 (around 18 billion total devices) and then made their best guess as to what we’d have by 2022 (about 28 billion total devices).

M2M devices include video cameras, sensors, supply chain trackers, smart home devices, smart city systems, wearable monitors, self-driving cars, and other devices whose main job it is to talk to other devices rather than interfacing directly with humans. In other words, definitely the Internet of Things.

This is the largest category by number of unique devices, but it only consumes three to six percent of global bandwidth by Cisco’s estimates, while smartphones and PCs account for about 50 to 60 percent. M2M communication tends to be quite lightweight compared to the media we access on our personal devices, so even as the number of these devices skyrockets, they’ll likely remain a relatively small part of Internet traffic.

Smartphones are a hugely important part of IoT: they’re a link between humans and technology, feeding important information both ways. There’s a natural cap on them, though: the human population in general only needs one phone per person.

While phones will probably continue to account for a disproportionate amount of bandwidth usage (Cisco expects them to go from 18 percent of traffic in 2017 to 44 percent in 2022), they’ll be an ever-shrinking percentage of total devices as M2M continues to expand.

Smart TVs and devices like streaming sticks are quickly becoming the norm, which makes sense. As a big standalone screen whose job is to deliver media via the same cable that your Internet is on, making it smart was pretty much a no-brainer.

Being used mainly for high-definition/4K video streaming means they punch above their bandwidth weight, though: they currently generate 32 percent of Internet traffic, and Cisco estimates it’ll still be a 24 percent share in 2022.

Mobile technology has gotten a lot better and more accessible for much of the world, making PCs optional for a lot of people. In 2017 they were the number-one bandwidth hog at 41 percent, but Cisco expects that to plummet to 19 percent by 2022, replaced largely by smartphone traffic.

Tablets and “other” are both pretty low numbers, and Cisco predicts they’ll stay that way. Tablets are somewhat uncomfortably situated between PCs and smartphones, which limits their market a bit. The catch-all “other” term might be hiding some kind of breakout device, but that remains to be seen.

This isn’t even IoT’s final form

The device explosion that came with the smartphone boom looks pretty tame compared to the rate at which IoT is growing. Back in 2015 it was estimated that 127 new devices were connected to the Internet every second. That’s 7,620 devices per minute or, in liquid terms, a two-liter bottle of Coke every minute.

That figure may have risen in the past few years (though Cisco’s estimate averages out to only 61 devices/second), but, by most estimates, we’re not even close to peak IoT. Guesses at how many connected devices we’ll have in 5 to 15 years range from 41 billion (seems reasonable) to an eye-popping (apocalyptic?) one trillion. Whatever size it ends up being, though, the shape of IoT is ultimately going to be a bit of an iceberg, with the bulk of it running below the surface in systems that we don’t often come directly in contact with.