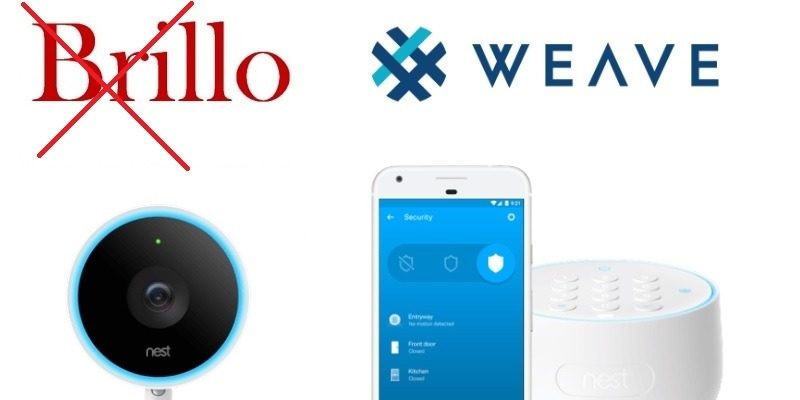 In 2015 and 2016, Google’s Brillo and Weave projects were making a lot of news. However, since the last two or three years, any mention of them has simply stopped.

Why? By any chance, did these projects merge into Android Things?

The answer is both yes and no. To be sure, these projects have been superseded but understanding them will still give you accurate insights into Google’s approach to the Internet of Things.

In 2015, at the Google I/O conference, Project Brillo was the name of an operating system with an exclusive focus on IoT. Based on Android OS, it continues to be Google’s underlying operating system for IoT.

Although the project is merged with Android Things, Brillo still counts itself as one of the earliest IoT platforms. Back then, it was a simpler operating system covering a C/C++ environment that would authenticate over Google Cloud.

The Brillo devices had to go through Google’s mobile authentication system. Back then, it would support Wi-Fi, Bluetooth LE and Thread.

Interestingly, Arduino’s Intel Edison was one of the earliest boards to support Brillo’s board development kit (BDK).

Due to a lack of success in the IoT market, Brillo did not see the light in many of Google’s Nest products that have come to define its IoT offerings.

Instead of a separate operating system, IoT developers are more comfortable using Android APIs and Google services because they have been mainstream for so many years.

Weave was initially created as a counterpart to Brillo. A communication platform as well as a command language, Weave was to work as a single protocol to manage all Google IoT devices from phones and Google Cloud.

From its inception, Weave would transport ZigBee, Thread, Wi-Fi, Bluetooth, BLE, Ethernet, LoRaWAN and numerous other protocols. With Weave, Google was preparing for a natural role as a serious IoT player.

An essential principle of Weave is that all Google cloud devices and users can integrate in one common ecosystem.

Weave has come a long way from its binary association with Brillo. As of today, it forms the heart of Google’s Nest communication systems.

All Nest devices, including Nest Guard and Nest Secure Alarm, use the Weave messaging format. In view of this, the main advantages of Weave are:

The core technologies that underpin Weave are also available as part of OpenWeave, an open-source implementation of Weave protocol. They are readily available in the form of OpenWeave’s code.

You can freely work on projects such as Nest Thermostat using Weave protocol and not owe any royalty to Google. In one of the examples, Kodak Alaris took advantage of Weave protocol to simplify the document capture of mobile and web users.

As you can say, while Brillo and Weave disappeared, they are not totally lost. They were integrated into other IoT projects, and assumed other names.