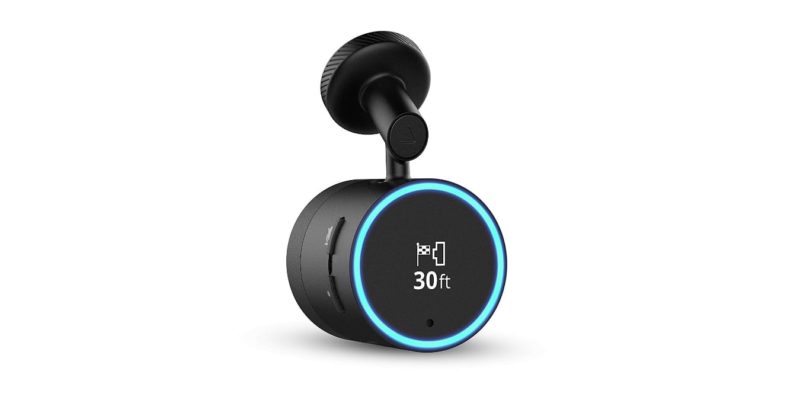 Keeping your hands on the wheel and your eyes on the road is important when you’re driving. This helps prevent accidents and also gives you plenty of time to react to any changes in the traffic around you. There’s a good reason there are so many laws against texting while driving.

Hands-free devices don’t have to be strictly about following local traffic laws, however. Take the Garmin Speak, for example, which gives you access to everything you love about Amazon Alexa in your car. The inexpensive gadget is still in its early days, but it expects to add more services in the future.

The Garmin Speak comes with a handy metal disc that attaches to your windshield. Attach this with the included adhesive and give the disc at least 24 hours to bond with the windshield before you move forward. Once you have the mount ready, the rest is simple.

Plug the cable in and route it around your windshield and to your vehicle’s power outlet (formerly known as the cigarette lighter). Once it’s plugged in, the Speak immediately enters pairing mode. You can download the Garmin Speak app for your phone and follow the instructions to pair the Speak with your phone.

Actually using the Garmin Speak with Alexa is quite simple. Simply say “Alexa,” as you would with any other Alexa device. You can also press the button on the Garmin Speak. Either way, the device will glow cyan to show that it’s listening to you.

For the rest of it, you can deal with the Garmin Speak the way you would with Alexa. For example, if you want to use Garmin GPS, you can say either “ask Garmin” or “tell Garmin.” For example, you could say “Alexa, tell Garmin to take me home.”

Other Alexa commands will work just fine. For the weather, just say “Alexa, what’s the weather today?” To play music, you can use a command like “Alexa, play some classical music.”

We’ve all made mistakes when speaking before. It can be annoying when Alexa cheerfully follows your misspoken request though. Fortunately, canceling a command or request is easy.

Either say “cancel” or “never mind” while speaking your command, and Alexa should abandon it. You can also press the button on the Garmin Speak during a command to cut it short.

The Garmin Speak is meant to be easy to use, so after following the above pointers, you should know everything you need to know. We’d call the Garmin Speak handy, except the entire point of it is to not use your hands so we’ll hold off on that for now.

14 Funny Things You Can Ask Alexa

6 Best Alexa Routines You Have to Try

5 of the Best Smart Lamps to Brighten Up Your Home
11 Secret Alexa Commands You Didn’t Know About
How to Troubleshoot Amazon Echo
What Are Smart Blinds and How Do They Work?
We use cookies to ensure that we give you the best experience on our website. These include cookies for analytics and personalized advertising. If you continue to use this site, we will assume that you are happy with it.OkPrivacy policy