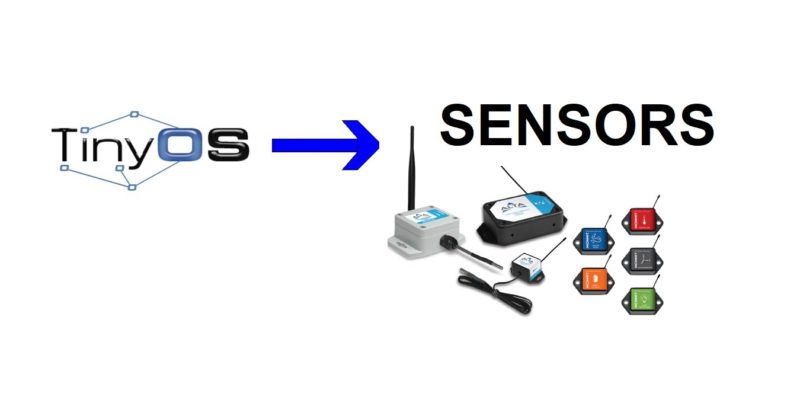 IoT devices are built on a variety of operating systems depending on the end-use applications.

Linux distros, such as Yocto or Android Things, are popular with smart home appliances. Windows 10 IoT core is the best fit for “server-class IoT edge devices.” And, of course, Raspbian OS is recommended for regular use on a Raspberry Pi.

Here we will discuss TinyOS, which in essential terms, is very useful for low-power sensor networks.

TinyOS was first written by Jason Hill at the University of Berkeley in 2000. It is a completely free and open-source software.

Considering its end uses, TinyOS is a popular operating system for low-power sensors that control light, acceleration, temperature, pressure and acoustic objects. It is commonly used in Industry 4.0 applications.

Why Is TinyOS Useful for Wireless Sensor Networks?

Low-power sensors, due to their limitations in scope, require efficient utilization of resources. TinyOS is essentially built on a “components-based architecture” to reduce code size to around 400 to 500 bytes and an “events-based design” which eliminates the need for even a command shell.

The components-based architecture uses “nesC,” which is a C programming language designed for networking embedded systems. Each code snippet consists of simple functions placed within components and complex functions integrating all the components together.

The following example of a components-based code snippet in NesC shows an integration of various components such as timers, clocks and the sending of a message.

TinyOS also uses an “events-based design” whose objective is to put the CPU to rest when there are no pending tasks. An event can be something such as the triggering of an alert when the temperature of a thermostat rises or falls above a certain value. As soon as the event is over, the sensor motes can go to sleep.

The need for a design like TinyOS is mandatory in applications such as smart transit and smart factories. Because of thousands of sensors, it is important to have a very small memory footprint to reduce power requirements.

Where Is TinyOS Being Used?

At the moment, TinyOS has over 35,000 downloads. Its main applications lie in all kinds of devices which utilize wireless sensor networks.

Where to Learn About TinyOS

All the download information on TinyOS is accessible from its official GitHub page. Apart from BSD, it also supports Mac OS X.

The biggest source of all-inclusive information on TinyOS is available on a wiki page for Stanford University. It contains information on installing the program, extensive tutorials, and a huge index of code contributed by many others.