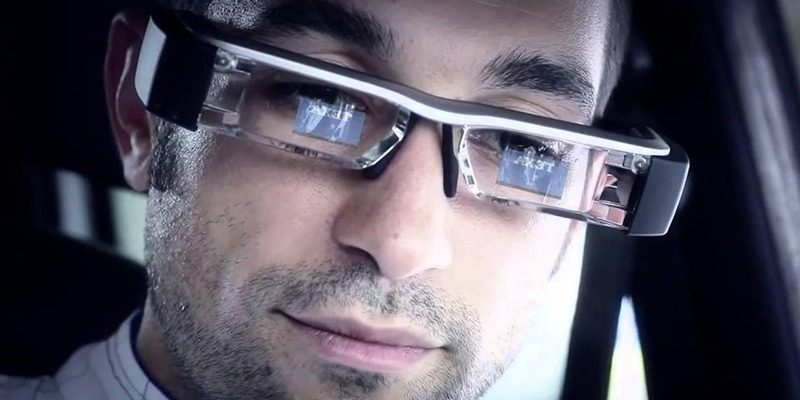 Google Glass is widely derided as one of the biggest failures in the gadget industry, but that’s not really fair. Sure, it sparked privacy outcries, safety concerns, and questions about its actual usefulness, but the demand for smart glasses didn’t disappear along with Google’s consumer offering.

Other companies have been rolling out their own smart glasses for some time now (Microsoft has HoloLens and even Apple is working on something), offering everything from fitness tracking to AR, and enterprise use has been taking off following high-profile experiments by companies like AGCO, Boeing, and DHL, that saw massive productivity gains. Consumer-grade glasses are currently expensive and very much in their early generations, but the market for them isn’t dead: it’s growing.

What makes them smart?

Smart glasses have a range of applications, so not all of them come with the same things. Standard features, though, include the following.

These are generally either a heads-up-display (HUD) off to one side (like Google Glass) or an AR-style projection that seems to put the information in front of your eyes. Most new designs, like the Vuzix Blade and Focals, use the projection style, as it enables a smoother integration of data and reality. Some smart glasses, though, don’t have a display at all – they collect data, and you can see it using your smartphone. This is the main draw of smart glasses for most people. Being able to see information hands-free can be a big help in many situations, which has been one of the main drivers of their popularity.

One of the main privacy issues people had with Google Glass was its camera that could be recording at any time without the subject knowing it. Google Glass Enterprise has fixed that with an LED that indicates when the camera is on, while other smart glasses haven’t yet done much about this or have simply made themselves look similar enough to real glasses that no one suspects they might be recorded.

Most smart glasses work best when paired with a smartphone, which they generally do using Bluetooth. Some higher-end models also come with other standards, like Wi-Fi or ANT+. This allows them to get notifications, calls, texts, music, maps, and more from the phones, which they can then put up on their display.

More advanced features, currently only available in a few pairs of smart glasses or projected to be available in the future, include the following.

Some smart glasses are geared specifically toward athletes and therefore make activity tracking and sports data their primary goal, like Solos and the Everysight Raptors. Others just have the sensors anyway and include the feature as an afterthought, like the Vue.

Image recognition, real-time translation, visual search, object tracking and labelling – once AI gets efficient enough and affordable enough, it will have some interesting applications in smart glasses. Imagine being able to glance at a foreign language and have it auto-translated before your eyes, or being able to pull up customer information about someone just by glancing at their face. Slightly creepy? Yes. Extremely cool? Also yes. Google Glass enterprise is probably pushing this frontier the farthest at the moment.

Most smart glasses augment reality in some way (as do regular glasses, mostly by helping you see reality), but hardcore AR isn’t just about having a HUD – it’s about being able to virtualize your environment and interact with an entirely different layer. Some projects, especially Microsoft’s HoloLens and Magic Leap, are making this their main priority.

Smart glasses aren’t just for pairing with your smartphone. Some of them let you pair with anything from a phone to a drone, letting you see whatever’s on the screen as if it was right before your eyes. The Epson Moverio, for example, lets you use your smart glasses to control a DJI drone, which could either be epic or nausea-inducing, depending on your stomach and your flying skills.

One of the main issues people had with Google Glass was basically, “What can I do with it that I can’t do with my phone?” For the average person the answer wasn’t exactly clear, but it turned out to be a great fit for industrial applications.

One of the first adopters was U.S.-based AGCO, an agricultural equipment manufacturer that started using Google Glass to display assembly instructions and checklists to its workers so they wouldn’t have to spend extra time getting to a computer.

They say that since beginning of the use of Google Glass, they’ve seen a 30% reduction in inspection time, 25% reduction in production time (for complex products), and a 50% learning curve reduction for new hires. Boeing is using Glass for similar tasks and claims a 30% reduction in average job completion time and a 90% increase in the work quality of new employees.

Another main industrial application is in warehousing, where smart glasses can tell employees the fastest way to get to the product they need, scan barcodes, display inventory information, and make employee communication easier and more seamless.

DHL reports a 25% improvement in picking and packing times in their warehouses, and GE says they’ve had a 46% improvement on the same metric. This is likely to be a big market in the future, especially if tech giant and warehousing giant Amazon gets into the game.

It’s not all about maximizing manufacturing efficiency, though: Augmedix is a startup that’s been using Google Glass to record doctor-patient interactions and send them to medical transcriptionists who can do the data entry that a doctor would otherwise have to spend their time doing. They report a 33% average reduction in doctors’ data entry time, which frees them up to do more critical tasks.

Smart glasses are also being used to help surgeons keep track of vital signs, see ultrasounds and other data having to do with different parts of their patients, assist them in tool placement, and educate medical students more effectively.

So how do smart glasses make my life any better?

If you’re a doctor, warehouse worker, or engineer, smart glasses are clearly useful. For the rest of us, though, smart glasses might not be ready yet. In order to be effective in enterprise settings, smart glasses need custom-developed software to perform a relatively narrow range of tasks. Everyday usefulness will require a multi-trick pony, with navigation, AR, visual search (searching the Internet using images from the real world), translation, scanning, following recipes, unlocking doors, and other features we haven’t even imagined yet.

Right now we mostly have a few neat consumer-grade gadgets that are pretty good at doing a few things, but they have a ways to go in terms of functionality, battery life, appearance, privacy concerns, and price. Their growing enterprise adoption, though, is probably a good indicator that consumer versions are going to be increasingly useful as well, mostly by riding on enterprise-driven innovation.

What Are Smart Blinds and How Do They Work?
4 Best Wireless Outdoor Security Cameras in 2020
4 of the Best Smart Watches for 2020
14 Funny Things You Can Ask Alexa
We use cookies to ensure that we give you the best experience on our website. These include cookies for analytics and personalized advertising. If you continue to use this site, we will assume that you are happy with it.OkPrivacy policy