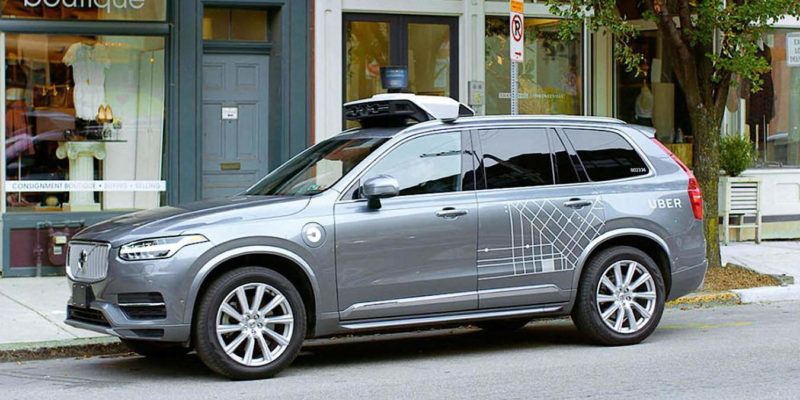 Every time it seems like we’ll never see autonomous cars hit the roadways other than an occasional Tesla that is still required to have a human driver behind the wheel, we see evidence that it’s an industry that is coming more quickly than we may believe.

Uber is jumping into the autonomous car game with all four wheels. They are going to start mapping Washington, D.C. ahead of their plans to start testing a fleet of self-driving vehicles later this year.

Uber Advanced Technologies Group will be hitting the streets of Washington D.C. to begin mapping it out to aid their autonomous vehicle fleet. There will initially be three Uber vehicles working on mapping the city, according to a company spokesperson.

The mapping vehicles will be manually driven with two trained employees sitting inside collecting sensor data with a top-mounted sensor wing that will use cameras and a spinning lidar. This collected data will be used to create high-definition maps as well as virtual simulation and test-track testing scenarios.

Uber isn’t the first self-driving car fleet to hit the Washington, D.C. streets. Ford announced plans to test its fleet more than a year ago in October 2018. The virtual driver system and high-definition maps for Ford’s vehicles will be developed by Argo AI, who began mapping the city that year for Ford and Volkswagen. That testing was expected to start early last year.

Perhaps one of the reasons Uber is behind the others in this game is because of the fatal accident in March 2018. One of the human-supervised test vehicles for its autonomous fleet struck a pedestrian and killed them in Tempe, Arizona.

The entire testing operation was put on hold following the death but picked up again nine months later, testing its vehicles in Pittsburgh after the Pennsylvania Department of Transportation gave the company the go-ahead to put its cars on the roads. Other markets still have not resumed testing.

However, Uber is collecting data and mapping the streets in Dallas, San Francisco, and Toronto. Just like with Washington D.C., Uber manually drives its test vehicles.

Too Close for Comfort

With multiple companies in multiple cities mapping and testing autonomous cars, it may seem a little too close for comfort. It was one thing to consider what life may be like with self-driving cars on the road, but now it seems like the day testing is done, putting the cars on the raod without people behind the wheel will be sooner than we think.

How does this new sit with you? If it were available to you today, would you take an autonomous Uber vehicle? Tell us your thoughts and concerns in the comments below.

Toyota Funds Autonomous Car Company Pony.ai with $400m
New Study on Whether Apple Watch Can Reduce Stroke Risk
Dropping Off Passengers Could Be a Difficult Task for Self-Driving Cars
Microsoft Acquires Express Logic to Push IoT Efforts
We use cookies to ensure that we give you the best experience on our website. These include cookies for analytics and personalized advertising. If you continue to use this site, we will assume that you are happy with it.OkPrivacy policy