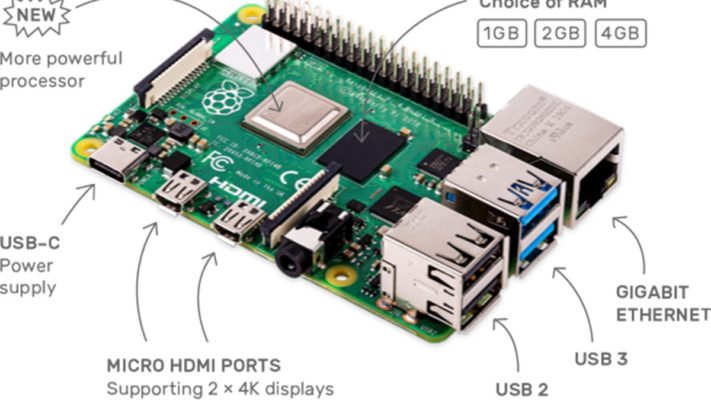 The Raspberry Pi 4 began rolling out across the globe last month, giving cause for celebration to innumerable tinkerers and techies who like to experiment with the most robust piece of computing tech you can find for under $60.

To get you up to speed on the Raspberry Pi 4 and everything you need to know about it – specs, price, new hardware ports, you-name-it – we’ve gathered all the info you need to know right here.

Related: How to Set Up a Raspberry Pi

The Raspberry Pi 4 is the biggest cross-generational upgrade to the diminutive computer family yet. Most notably, it now supports 4K displays at 60Hz and packs a powerful new Cortex-A72 processor that’s three times more powerful than its predecessor.

Speeding up performance across the board are a faster SD reader, Bluetooth 5.0 and USB 3.0 ports allowing for faster data transfer speeds. It also has dual HDMI ports to make this the first Pi model to handle a dual-monitor setup.

You will need to download the latest version of the Raspbian OS, Raspian Buster, to work on Raspberry Pi 4, and it’s worth noting that much of the software that worked on previous Pi models is not yet compatible with this one.

Given the low price differences, we probably recommend the 4GB model, which will certainly be required if you’re looking to do any kind of video editing on your Pi or plan on watching content at those searing 4K resolutions.

The Raspberry Pi 4 is out now in the US, UK, Canada, Australia, and across much of Europe. It’s set to come to other major markets like India soon, with stockists already confirmed on the Raspberry Pi website, but there’s no confirmation yet on when exactly it will be available.

Since the Raspberry Pi 4 was released a few weeks ago, users have reported a major problem with the board’s USB-C charging capabilities. More specifically, users found that their existing USB-C cables weren’t always capable of charging the Pi 4.

This isn’t a problem with the board itself but rather that the Raspberry Pi 4 board isn’t compatible with certain types of USB-C charger (smart “e-marked” chargers). The solution is to use the basic, cheaper type of USB-C cable that usually comes with smartphones.

Early reports all suggest that the Raspberry Pi 4 runs quite a bit hotter than its predecessors, so have that fan at the ready to keep it cool.

Have you gotten your Raspberry Pi 4?