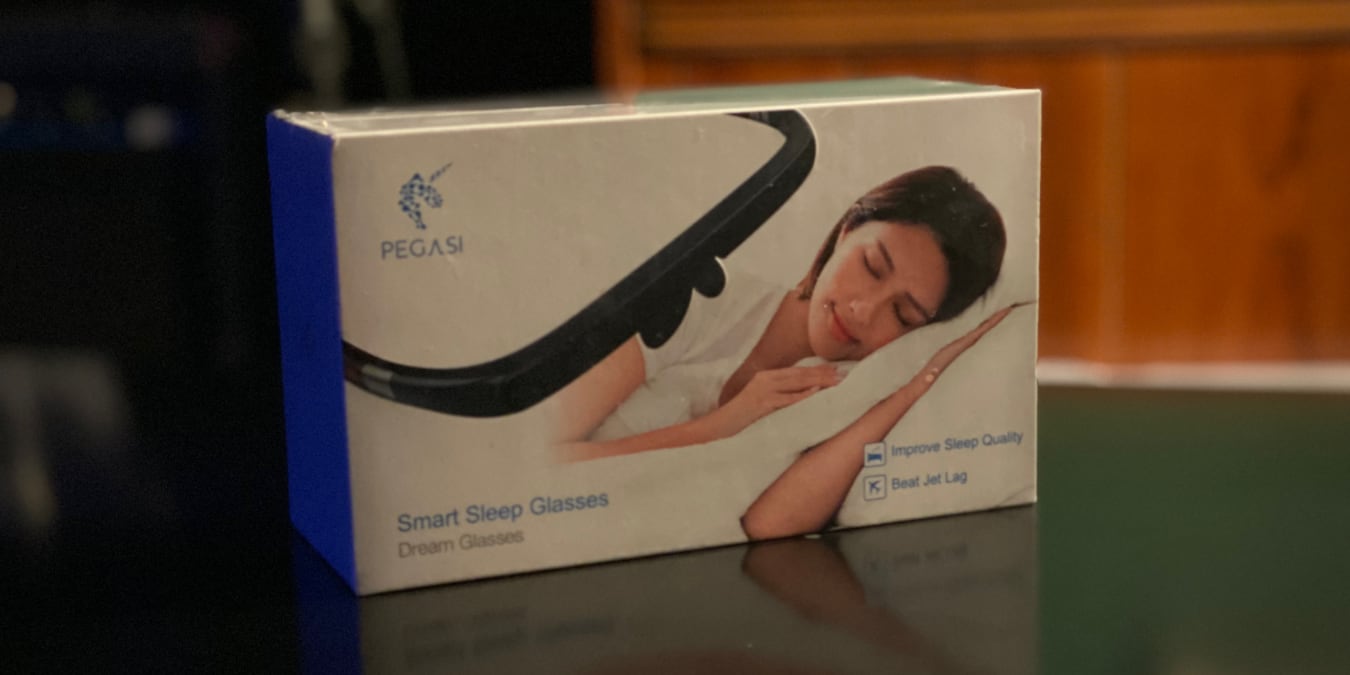 People often describe tasks or problems as “so easy you could do it in your sleep.” The problem is, sleep itself isn’t always easy. Whether due to stress, jet lag, or looking at screens all day long, falling asleep is tough for some people.

Possible remedies for sleep problems range from exercise routines to gadgets and even medication. These almost always either require a significant time commitment or, in the case of medication, possible side effects. The Pegasi Dream Glasses instead offer to improve your sleep without interfering with the rest of your day.

How Do the Pegasi Dream Glasses Work?

While Pegasi refers to the Dream Glasses as “smart sleep glasses,” you don’t actually wear them while you sleep. Instead, the idea is to wear them during the day, ideally right after you wake up.

The idea behind the Dream Glasses is the same as the light therapy lamps some companies sell to help people deal with Seasonal Affective Disorder (SAD). The difference is that here, the light moves with you, which is why these are sold as glasses. You can do your normal morning routine instead of having to stay near a light therapy lamp.

The main goal of the Pegasi Dream Glasses is to improve your sleep, but as you may have already guessed, that’s not all they can do. Because the wavelength of the light is the same as those lamps sold for SAD therapy, you get the same benefits here, too.

In addition to helping the overall quality of you sleep, these glasses can also help you adjust your sleep schedule. If you want to wake up earlier, for example, using these at your target waking time will help you reset your internal clock. These are especially handy if you’re waking up while it’s still dark outside. For the same reason, the glasses can also help you get over jet lag more quickly.

Pegasi also says that its Dream Glasses can work for a quick boost of energy. That could be especially handy if you are having a mid-morning slump but don’t want to reach for another cup of coffee.

Using the Dream Glasses is simple. Put them on, then press the button on the right side over your ear. This turns the light on, but you don’t need to worry about turning it off. The light will automatically turn off after 30 minutes, meaning you don’t have to worry about setting a timer or keeping an eye on the clock.

The Dream Glasses are rechargeable, but this isn’t something you’ll need to do often. A full charge takes just over an hour using the micro USB port hidden on the same part of the glasses as the power button. Once you’re charged, you shouldn’t need to charge them again for a few weeks.

You can use the glasses exactly as described above and get everything you need from them. That said, if you want to tweak a few settings, you can use the Pegasi app, available for iOS and Android. This lets you monitor battery life and set the overall brightness, as well as how long the light stays on before it automatically shuts off.

Unlike earlier generations of Pegasi smart sleep glasses, the stems fold like standard glasses, which lets you keep them in the glasses case of your choice. The glasses also come with a portable foldable box which is handy for keeping them clean and safe when you’re not wearing them.

How Well Do They Work?

For my first few sessions with the Dream Glasses, it was fairly jarring. The company is right when it says you can do most things you’d normally do in the morning while wearing the glasses, aside from driving and other activities that need your full focus. That doesn’t mean that you don’t notice the green light shining in your eyes.

I’d notice when I took the glasses off that my eyes felt as if I’d been outside on a relatively bright day. My eyes didn’t hurt, but they certainly felt like they’d been exposed to bright light. Fortunately, you do get used to it; after a few days the light didn’t bother me nearly as much.

I did feel a boost in the morning when I first used the glasses, almost like I’d had a shot of espresso. After a few days, I noticed less of this immediate effect, but on the other hand, I felt more energized overall after waking up.

One thing to note is that these likely won’t work with other glasses. I don’t normally wear glasses, but I tried the Dream Glasses with sunglasses to see if it was possible, and the fit was impossible to manage.

While it only takes seven days to start feeling the full effect of the Pegasi Dream Glasses, for best results, you’ll want to keep using them. Unless you’re using the glasses for a temporary problem like jet lag, you’re going to get the most use out of the glasses if you make them part of your daily routine.

The fact that Pegasi makes this so easy is a big part of why these glasses are so easy to recommend. Yes, they’re not as cheap as some other options, but if they end up significantly improving your sleep and as a result your quality of life, they’re definitely worth the price.