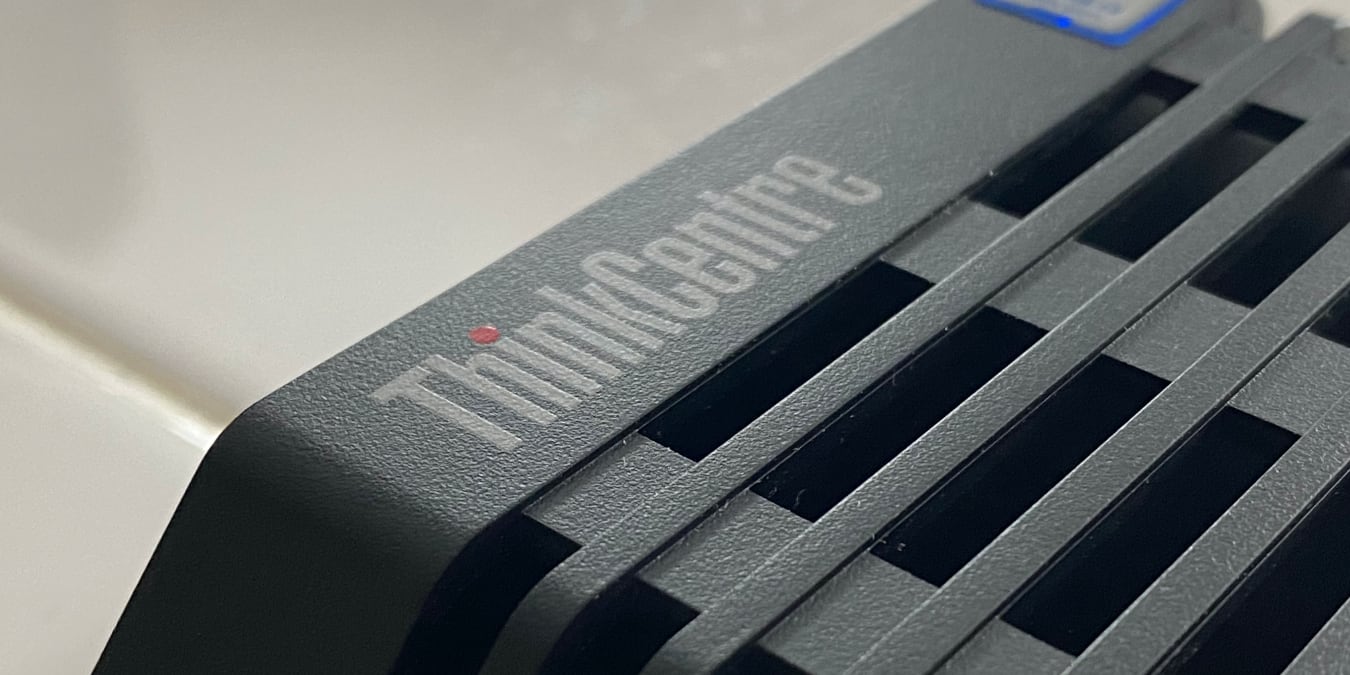 For a long time, computers just kept getting smaller. This was especially true for laptops: Just try comparing a laptop from 20 years ago with one from five years ago. That said, the general shrinking in size has all but come to a halt with desktop computers, at least until recently.

If you’re looking for a computer where you can add RAM or swap in a new video card, you’re stuck with a larger design. If, on the other hand, size is more of a consideration than pure power, the Lenovo ThinkCentre M90n Nano IoT may be the right tool for the job.

The ThinkCentre M90n Nano IoT uses a fanless design, meaning it’s completely quiet. That said, this also puts some limits on the hardware that Lenovo was able to cram into the computer. That said, the specs aren’t bad.

Somewhat unusually, the computer also has a built-in speaker, and it handles more than just the usual beeps you’ll heare from many desktops on startup. This will be unnecessary for most projects you would use the ThinkCentre M90n for, but it’s a nice feature to have, if only for accessibility purposes.

What’s in the Box?

With most PCs, the box includes one main item: the PC itself. Then you’ll usually get a power cable and not much else. In the case of the Lenovo ThinkCentre M90n Nano IoT, you get the PC and the power cable, but also quite a few accessories.

Digging into the box, you’ll find a wireless mouse and keyboard. Batteries for each are included as well. You also get an antenna for the built-in Wi-Fi adapter, which you may or may not need, depending on how you’re using the computer.

To get started with the Lenovo ThinkCentre M90n Nano IoT, all you need to do is plug in the USB dongle for the included mouse and keyboard, plug in the power supply, connect it to a monitor, and power it on. No matter how you’re going to use it, you’ll probably want to do this at least once in a home or office environment, just in case you have any issues.

There isn’t any specific IoT software installed, so if you’re using Microsoft’s Azure IoT services, for example, you’ll need to manually configure them. Speaking of which, this device is certified for Microsoft Azure IoT Edge.

As the specs hint at, you shouldn’t expect massive computing power out of this device. This is meant for IoT edge computing purposes, so the ideal use cases won’t need all that much computing power. This helps to keep power consumption down.

Running GeekBench 5.2, this received a single-core CPU score of just 720. The multi-core CPU test did better, as expected, with a score of 1965. The Compute score using the OpenCL option gave a score of 4595.

The small size and fanless design means thermal throttling will come into play if you push it too hard. That said, for any project where a Raspberry Pi or similarly-powered device would get you most of the way there, this is a viable option.

The Lenovo ThinkCentre M90n Nano IoT is seriously small. Yes, the “nano” in the name implies that, but even knowing a small desktop was on the way, I was still expecting something bigger. For IoT purposes, this is great, since you can mount it basically anywhere.

Keep in mind that this is meant as a thin client, it’s meant to operate as part of a larger network with most of the computing happening in the cloud. For Edge Computing, where this device handles basic functionality, it will work just fine. Just don’t expect it to replace a custom-built desktop PC when it comes to workload.

The fanless design means that the ThinkCentre M90n Nano IoT is perfect for environments where a louder computer would be distracting. Whether it’s operating as a home server or powering the displays in a museum, this is the kind of thing that will be very important in certain situations.

If you’re working on IoT projects in the Windows or Microsoft worlds, this is a great option. In the long run, you shouldn’t expect performance that extends too far beyond what you’d get in the latest Raspberry Pi. That said, for many people, the operating system and overall environment is much friendlier than the Pi or similar devices.

Of course, because of that, you can expect to pay a higher price. You’re paying for Windows but also for the certifications that tell you you can expect this device to behave certain ways. This won’t necessarily have much of an impact on hobbyists, but for anyone buying this for business or serious home use, that alone might be worth the higher price tag.