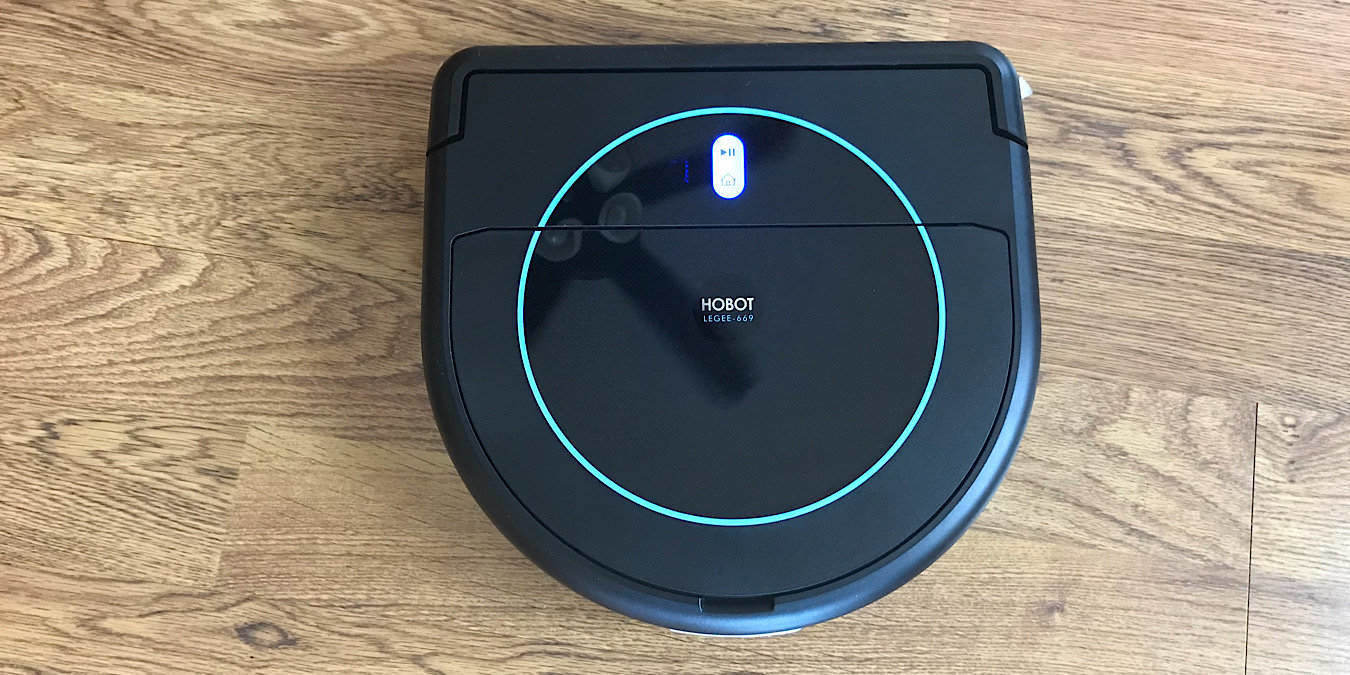 Robot vacuums are now so prevalent on the market that they have begun to specialize and have different features.

The HOBOT LEGEE-669 Vacuum-Mop Robot is one such vacuum. It’s meant for non-carpeted flooring, be it hardwood, laminated, etc., as it both vacuums up the dirt and mops the floor. While some vacuums just have the mopping feature as more or less an afterthought, it’s integral to the HOBOT process.

I used a robot vacuum with mopping ability before. It had a water tank and a microfiber cloth. And this did an okay job but wasn’t the best. Sometimes this just smeared the dirt around instead of mopping it up. But I thought it was great… until I found something that worked so much better.

And that would be the HOBOT. By the time it’s done vacuuming and mopping, my floor looks like I cleaned it with a traditional vacuum and followed up afterward hand-washing it. I have beautiful floors all the time with no work.

The HOBOT LEGEE-669 comes with absolutely everything you need to take care of your non-carpeted floors.

It includes the two pads that scrub the floor as well as two extra sets, which helps when you need to toss them in the laundry. You always have a clean set. It also includes three extra side brushes, and a plastic bottle with an angled spout to help fill up the thank.

There was very minimal setup to using the HOBOT LEGEE-669 the first time. The cleaning pads were already attached to the bottom. I only had to install the side brush, and that literally just pops right on. The manual also suggested I charge it for a few hours with the included charger. Like most robot vacuums, it requires you to put the charging base a certain distance away from barriers so that the vacuum can find its “home” when it needs to recharge.

Once it was charged up, I needed to add water to it to mop the floor. That is done easily with the supplied water bottle. The lid opens up, exposing an on/off switch, the water tank, and the dirt cup.

What makes the HOBOT so different with its approach to mopping the floor is that instead of just having a mopping pad that drags along underneath the vacuum, it has arms that hold on to the pads that agitate and move them up and down, simulating hands scrubbing the floor.

The remote control works the same as many robot vacuum remotes, allowing you to auto clean, edge clean, zigzag, and spot clean. In large areas it will divide it up into smaller spaces and zigzag, then edge clean at the end. The second time I used it, it seemed to remember my house from the time before.

There are sensors to allow it to learn where your furniture and stairs are to avoid them, and as long as the sensors are kept clean, it will avoid those hazards. After some mishaps with a prior vacuum when the sensors weren’t kept clean, I no longer trust the stairs and just puts barriers in front of the stairs and remove other obstacles.

When the vacuum mop is finished, if it has a clear path to the charger, it will return by itself. If not, you may need to guide it there yourself with the remote.

You’ll want to empty the dirt cup. Lift the lid to the vacuum, and you’ll see the dirt up with a blue handle that easily lifts it up. Open the hinged lid and remove the screen on the top, and empty it into the garbage. Before you use it again, you need to also make sure the sensors are clean as well as the filter, side brush, etc.

The price of the HOBOT LEGEE-669 is on the high side for a robot vacuum, but considering the quality of the work that it does, as well as the fact that it’s both vacuuming and mopping, the price is worth it at $549. Additionally, there is currently a coupon on Amazon to get the HOBOT for $50 off.

If you have limited non-carpeted flooring, the HOBOT probably isn’t for you. However, if you spend a decent amount of time keeping laminated, hardwood, tile, etc. floors clean, the HOBOT LEGEE-669 Vacuum-Mop Robot will save you considerable time and keep your floors beautiful.