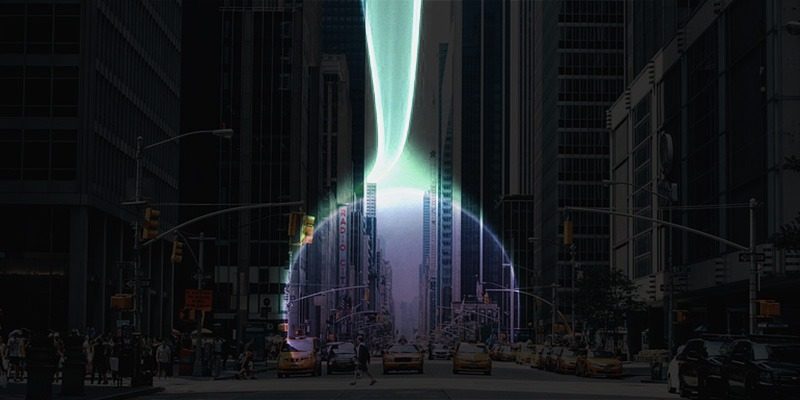 The world around us is alive with energy: kinetic, thermal, electromagnetic, sonic, even chemical. We’ve known about this ambient energy for quite some time, but since it generally comes in small, intermittent doses, we haven’t done much with it.

That’s changing as the Internet of Things expands, scattering millions of tiny, low-power devices across the world, most of which are battery-powered. That’s a temporary solution, though: batteries wear out, and producing so many of them isn’t fantastic for the environment.

That’s why there’s a big movement to give our IoT devices the ability to collect power from the environment around them, using tiny onboard generators that can take vibrations, radio waves, light, and movement and transform them into electrical energy.

Piezoelectricity: getting electricity from materials

Some materials, particularly crystals like quartz, will actually produce electricity if you apply pressure. Their asymmetric atomic structure means that when you apply pressure, the atoms’ positive and negative charges are thrown out of balance, creating an electrical charge. Piezoelectric materials are very sensitive to changes in pressure and are therefore used in everything from microphones to lighters.

So what does all this have to do with IoT? How about a road that uses the weight of cars to power street lights? Maybe a sidewalk that generates electricity using footsteps [PDF]? Clothes that charge your wearable devices? Bio-compatible films that use your body’s internal motion to charge medical implants?

Those all exist, either as concepts or working prototypes, and there are more ideas where those came from. Anything that has some pressure being applied to it could have some piezoelectric material incorporated into it, from the heel of your shoe to the chair you’re sitting on, making this one of the most likely candidates for IoT energy harvesting.

In most situations we’d prefer to get rid of vibrations. We appreciate a nice, smooth ride in a car, a flight without turbulence, and bridges that don’t shudder with every step. We also aren’t generally huge fans of earthquakes – but these destructive events illustrate the massive potential energy of vibrations very effectively.

When earthquakes cause the ground to vibrate, they’re releasing massive amounts of kinetic energy – the equivalent of thousands of nuclear bombs, in many cases. While we can’t effectively harness that, we could probably run a few sensors on a train using the energy from even a relatively smooth rail line. Actually, Perpetuum has already done that.

Though there are a few different techniques for turning vibrations into electricity, one common method is a magnet and coil setup. Vibrations cause the distance between the magnet and the coil to change, which generates electromagnetic force that can be converted into electricity. Another popular method, which involves fewer moving pieces, is to use the vibrations to apply pressure to a piezoelectric material, using the piezoelectric effect to generate electricity.

Companies like ReVibe and Kinergizer are looking to harvest vibration energy from industrial settings, but there are lots of potential applications for general IoT as well. It’s already being used to power monitoring systems in bridges, and it could easily make its way into vehicles, active RFID tags, and even phones – though don’t hold your breath for a phone that charges itself while you walk.

Solar power has been hailed as the energy source of the future for years now, and as its efficiency increases and price decreases, that’s getting increasingly believable. The light doesn’t have to be solar, though – all light carries energy, and even low indoor light can charge small IoT devices quite efficiently thanks to advancements in something called the Dye-Sensitized Solar Cell, which essentially uses a dye that absorbs sunlight (much like chlorophyll in plants), exciting electrons inside it that can then be transferred to a conductive layer beneath the dye and ultimately returned to their original state – their movement is what generates the energy.

This is still a relatively difficult-to-produce technology, but it’s improving and getting cheaper very quickly. Still, it runs into standard photovoltaic issues, especially the need for a consistent light source, making it best-suited for use in combination with another energy harvesting method. Possible applications are everywhere, though, whether it’s photovoltaic films integrated into phone cases, surfaces collecting energy from your lightbulbs, or cars with rooftop chargers extending their range.

You might have heard that long-distance power beaming is a thing now (though currently it’s restricted to low wattages that you probably won’t be using to charge much), but IoT devices might be able to get the hit they need by just soaking up the waves we currently have bouncing through the air. Mobile networks (2G, 3G, 4G), Wi-Fi, TV broadcasts, and other electromagnetic waves that are already carrying data all around us could also be a viable way to send trickles of power to IoT devices.

While not nearly enough to efficiently charge anything large, the technology already exists to convert Wi-Fi signals into usable energy that could easily power IoT sensors. There’s even a 2D version of the “rectenna” used to accomplish this – a layer of molybdenum disulfide only three atoms thick that acts as a semiconductor to convert waves into current. The future could be full of devices wrapped in this stuff constantly trickle-charging from Wi-Fi.

Don’t let the power go to your head

As neat as all this is, it’s still a hardware problem, which means we’re not just going to press a button and push the update out overnight. Most of these solutions, as cool as they are, just haven’t made it into their mainstream forms yet, which means that the IoT is still going to be running on batteries for quite a while. As those batteries die, though, we’re likely to see a lot of power being harvested from some unlikely places.