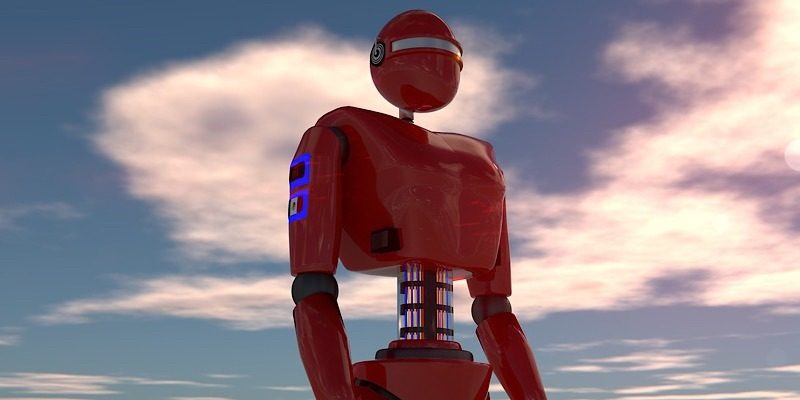 In this age of the Internet of things, there’s a bigger drive than ever before to incorporate robots into our world. We want everything to be robotic and do things for us, whether it’s driving our cars or vacuuming our homes.

In “Star Trek: The Next Generation,” there was a constant desire for the android to get emotions to complete his life. But making robots human-like isn’t for them. It has to be for us, as they don’t have the emotions to wish for them in the first place.

While a recent video shows a robot being beaten, producing empathy in us, researchers have developed a system to give robots more human senses. Why do we want our machines to be so human-like?

MIT Researchers in the Computer Science and Artificial Intelligence Lab have created a new system that will [allow robots to have multiple senses](https://techcrunch.com/2019/06/17/mit-develops-a-system-to-give-robots-more-human-senses/) that work together, just like humans.

A predictive AI is able to learn how to help it see with its sense of touch and processes the same in reverse as well. As people, we look at something and envision what it will feel like. Or we may see something and imagine what it will taste like, smell like, etc. We do that automatically, but now robots can do that as well.

The researchers used this to build a robot arm that will anticipate where an object is without using sight yet recognize it based on touch. This system would have immeasurable use with amputees. It could also be useful for robots in low-light situations.

Empathy for a Robot

While we want robots to be more sentient beings, it’s difficult to not feel empathy for them, especially when they are in human form.

[A video made the rounds in social media](https://youtu.be/dKjCWfuvYxQ) and showed a robot being beaten, kicked, teased, etc. He keeps coming back for more, faithfully, just like man’s best friend, the dog. I won’t spoil the end of the video for you, but let’s just say his attackers got their comeuppance.

If you watch this video, it’s hard not to feel for the robot, difficult to not feel empathy. We know it has no feelings, although the MIT researchers are allowing others like him to connect their senses.

But we know this robot does not feel pain. We know his feelings are not hurt that he is unwanted and being picked on. We know he doesn’t care that a chair was broken over his head or that the other two were playing keep-away from him.

Yet, it’s hard to watch. Perhaps it’s because he has a human form, as if someone was beating my robot vacuum cleaner, I’d be upset that I am losing it, but I wouldn’t feel empathy.

There’s a difference between a dog and a robot. We know if we see a dog being abused that he does feel that pain, that he does care that he’s not getting a chance to play the same way. But the robot doesn’t feel that. Neither did Wall-E in the Disney movie, but it was hard not to believe he was falling in love and being left out.

Where Is This Headed?

So where is this headed? Are we headed to where technology will eventually develop a completely sentient robot? Will they be able to feel the same pain that we do?

Even if that’s possible, is that something we want? One great thing about the Internet of things is that something else is doing all the work for us. But if we develop empathy for them and know they can connect to their senses, then we won’t want them to do all that work.

Where do you think we’re headed with human-like emotions and the technology to allow robots to feel what we do? Add your thoughts to the conversation in the comments below.