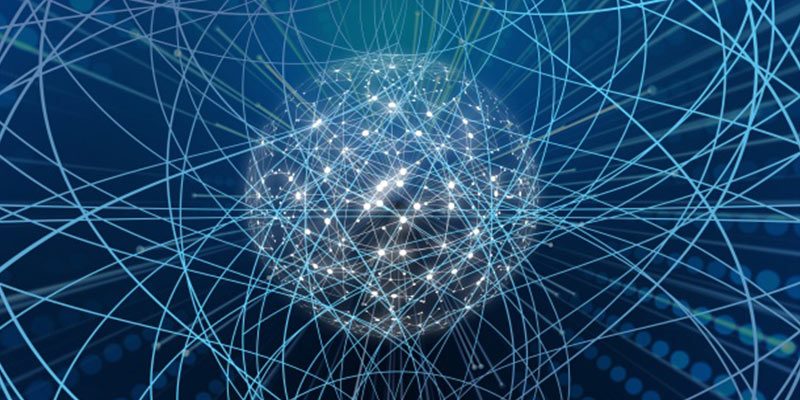 The Internet of Things is expanding even as the devices it’s composed of are shrinking, which brings with it a whole new set of challenges. Possibly the most significant one right now is how we can get billions of tiny devices scattered across our homes, cities, and supply chains to talk to each other without needing to change their batteries every few weeks. You can plug in your smartphone and smart home hub, but wireless sensors are being used to monitor bridge stress, machine conditions, shipments on container ships, and thousands of other things.

There’s no way we can keep all of these charged up, and the power grid (and the planet!) would probably appreciate it if we didn’t have to. Wireless sensors that can last months, years, even decades without running out of power are vital to the future of IoT, and the trick to doing that depends on a combination of efficient hardware, smart software, and the right networking technologies.

Sensors don’t generally need a whole lot of power to just exist and monitor conditions. If all they had to do was read the temperature a few times a day, they’d be sipping power quite daintily. They have two other jobs, though: processing the data (using microcontrollers) and sending it somewhere else (with a radio frequency transmitter). These are where the big power draws come into play.

One way to help keep power usage to a minimum is simply to keep the sensor asleep most of the time using a wake-up timer. The wake-up timer will draw just a tiny amount of power until it’s time to send the sensor a signal that it’s time to take a measurement, process it, and transmit it. The less power the timer can use, the longer the sensor can last, regardless of how much power the data processing circuits and RF transmitter use.

The RF link is the other big target for power reduction. Generally speaking, sending larger amounts of data over longer distances requires more energy, so sending minimal amounts of data and using a low-power connection protocol are both quite important. Doing some local processing on the data can help minimize the transmission cost, but finding the best way to send the data can be trickier, given that different wireless technologies work better under different circumstances. There are quite a few options, though, from the more power-hungry Wi-Fi and cellular networks (GSM, GPSR, LTE, etc.) to low-energy options like Zigbee and Sigfox.

Not every IoT sensor is created equal: some will be trying to transmit data through dense urban areas, others might be called on to create networks in remote mountains. Humans will probably have quite a few in their homes and factories, which is probably one of the easier places to apply them. Which frequencies they operate on and the protocols they use on those frequencies will probably change depending on the use case and other factors, but here are some of the most common protocols, listed in general order of their range, from short to long.

Primarily used for home automation, Z-wave is already a fairly popular low-power technology that supports mesh networking and runs on a sub-1GHz band, which helps minimize both power draw and interference from other devices.

Zigbee has so far found its widest adopters in the Industrial Internet of Things (IIoT) and specializes in running short-range mesh networks of sensors at low power. It intentionally minimizes the time that sensor radios are active in order to keep energy usage down.

Though it’s commonly thought of as a competitor with Zigbee, 6LoWPAN isn’t an applications protocol – it’s a network protocol based on IPv6, which means that every connected device will be able to have its own unique identifying address. This makes it readily compatible with existing IP-based systems and means it can actually operate across multiple types of bands, not just one. It hasn’t yet seen widespread adoption, but its low-power enough to go almost anywhere and offers some great compatibility advantages.

Bluetooth is already integrated into a lot of consumer devices, and with the introduction of a low-energy version, it’s trying to make the leap over to IoT. It supports higher levels of throughput and longer ranges than some other technologies, and since it’s already compatible with a lot, it may turn out to be a top choice for a lot of applications.

Developed by the Wi-Fi Alliance as a low-power standard to connect IoT devices, HaLow is primarily competing with Bluetooth for smart home device and sensor networking. Its 900 MHz frequency gives it good range and obstacle penetration, and its throughput rates are high, considering the small amounts of power it uses. It’s not in wide use yet, but it’s widely expected to do well.

For small, long-range, low-power data transfers, Sigfox is hard to beat. Depending on the environment, it can send data a long way. Its throughput is fairly low, making it a poor choice for bandwidth-heavy devices, but it’s great for things like utility meters and basic sensors. It’s already available in many parts of Europe, the U.S, Australia, and Asia.

While their ubiquity and high throughput rates make cell networks a natural choice for IoT sensors, their high power consumption and tendency to clog up even with non-IoT traffic haven’t made them popular for low-power sensor manufacturers. That’s why there are ongoing efforts to upgrade existing infrastructure to support LTE-M (LTE-Machine, meant to enable real-time IoT data transfer) and NB-IoT (NarrowBand-IoT), which specifically targets low-power, low-throughput devices. These, along with 5G, are likely to be used in a variety of future IoT applications.

Low-power is the new normal

Battery technology is improving, slowly, and the rush to deploy massive sensor networks is already well underway. We’ve already made some impressive strides in building sensors that economize on power without sacrificing performance, and now it just remains to be seen which standards will make it to the top.

Standards with large existing user-bases, like Bluetooth, Wi-Fi, and cellular networks will probably capture a lot of the home markets, while industrial and other applications will gravitate towards whatever technologies best suit their use cases.

We’ve already have a lot of what we need, though, and it’s going to become increasingly common to be able to set up low-power sensor networks that can keep ticking for years or even decades.