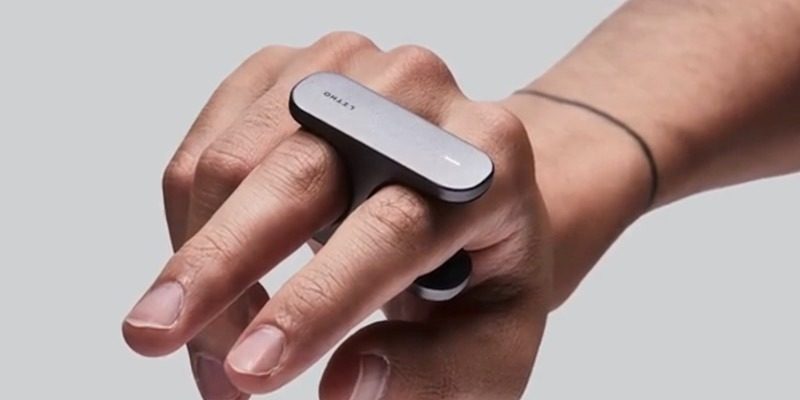 We’re used to imagining controllers the same way: a handheld rectangle with buttons or a joystick and sometimes both. Litho is imagining a whole new type of controller. This one is much smaller than what we are used to and worn on your finger for use with augmented reality, IoT, and other “spatial interactions.”

The Litho controller is meant for applications such as both augmented and virtual reality as well as smart home and other IoT devices. It was created by Nat Martin and Charlie Bruce, who will now be offering their product and access to its SDK to developers.

“Computing is increasingly structured around the real world rather than the desktop,” said Martin. “With the advent of smart devices such as lights, thermostats, and door locks, physical things are becoming digitally connected.

“Equally, with the advent of AR, digital things are becoming physically anchored in the real world. These are two sides of the same coin — digital interactions are entering physical space.”

With so many things becoming connected and joining the IoT space, we need new ways to interact with and control them. While smartphones have traditionally been used as the control point, their 2D world doesn’t work as well as it could with connected objects.

“Trying to interact with objects in the real world through a smartphone is like trying to do heart surgery with a spork,” explained Martin. “More often than not our phones end up being a frustrating barrier to the digital world, rather than a tool to enable interactions with it.”

With the thought that solving this problem requires both hardware and software, the Litho device is a finger-worn controller that connects via Bluetooth Low Energy and then to a smartphone or AR headset. It acts as a middle man.

The Litho SDK uses the development platform Unity, the same one used in popular 3D games. Martin explains that developers can create apps that identify with the direction a user is pointing with their fingers as well as what they are pointing at. It also includes templates that can be used for object creation, movement, and deletion.

“Having an input device designed from the ground up for 3D interaction opens a whole new paradigm of mobile interactions,” adds Martin. “Instead of an awkward and frustrating interface, developers can create precise, yet effortless, interactions in 3D space.

He is imagining numerous ways this controller could be used: “Architects and designers can create precise 3D models in the context of the real world, and gamers can create a virtual theme park in their back garden simply by pointing and drawing. At home, instead of opening up a smartphone app, searching for the right bulb and operating a virtual dimmer, you can simply point and swipe to dim your lights.”

While they are offering the SDK to developers who join the beta program for $199/£179, it seems the possibilities of the Litho are endless. It could be used for gaming, by designers, to control an entire smart home, etc.

Basically, it takes the limitations of standard controllers and does away with them, opening up the digital world to even more 3D possibilities than were previously possible.

Do you have any usage ideas for the Litho controller? Can you see how this would improve your digital life? Chime in to the comments below and let us know how you think this finger-worn controller could help you.