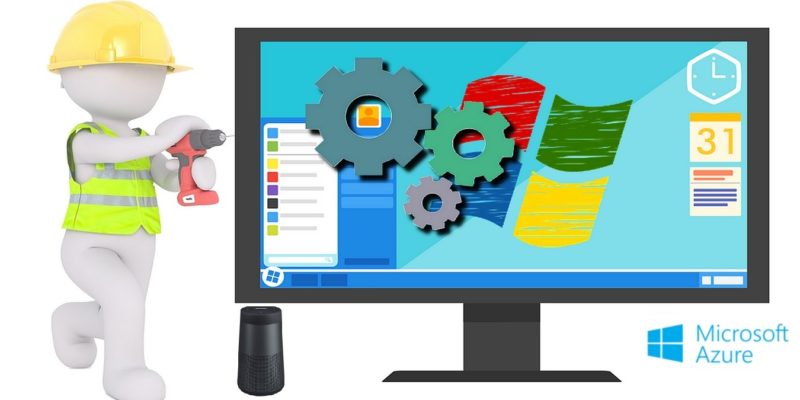 Microsoft has recently launched a new offering called IoT Plug and Play for its Azure ecosystem.

IoT Plug and Play is a first-of-its-kind device integration model which allows you to use off-the-shelf, smart devices that have been preapproved by Microsoft.

As an IoT solutions developer, you can now readily connect these devices in the Azure dashboard (that’s why it’s called “plug and play”) without having to deal with the underlying code.

Why IoT Plug and Play Matters

Microsoft’s stated capability to quickly plug a diverse range of IoT components is a game changer that can theoretically accelerate the adoption of IoT.

In comparison, Amazon’s AWS IoT still requires you to register each IoT device separately, which now appears to be a slightly dated technique.

To develop IoT Plug and Play, Microsoft seems to have taken a leaf out of its own book, the 1985 version of Windows 1.0. Remember how the early Windows was built on the back of programs such as “Clock,” “Calculator,” “Control Panel,” “Notepad,” “Paint” etc., all tightly integrating with a central MS-DOS shell.

It seems that history is repeating itself now. By going back to its classic Windows approach, Microsoft is trying to build a sophisticated operating environment for IoT that can tightly integrate all kinds of smart devices.

Once this new product environment catches on, there is no reason why it shouldn’t become popular.

The only drawback for developers is that they will be tied to the Microsoft ecosystem. However, considering that Microsoft is already spearheading the single largest ongoing alliance of IoT device makers, the “Open Connectivity Foundation,” no points are being deducted so far.

To work with IoT Plug and Play, the developer simply has to browse for pre-certified devices and order them shipped to their location. They will first need to create an account with Azure IoT Central.

There are several categories of products to choose from within the catalog. You could go for dashcam cameras, asset trackers, light sensors, smart switches, smart plugs, smart power strips, and many more.

For each device, you have to connect it physically and later download its JSON file which will readily import and integrate with the Azure dashboard. You don’t have to deal with what is inside the JSON file code.

Each device, once integrated into the Azure partner dashboard, gives out its asset location, motion graphs and commands.

Applications of IoT Plug and Play

As mentioned in a press release, Microsoft’s IoT Plug and Play will immediately impact many of its new products including Hololens 2. Apart from consumer-side electronics, it will connect with applications relating to smart cities, industrial IoT and healthcare.

As an open modelling language (OML), Plug and Play can also connect various peripherals to your Windows PC running on Windows 10 IoT.

Microsoft’s IoT Plug and Play is the first operating environment for IoT devices, and there are likely to be more contenders in this segment.

What do you think of Microsoft’s Windows-like approach to consolidate IoT objects? Is it beneficial in the long run? Let us know in the comments.