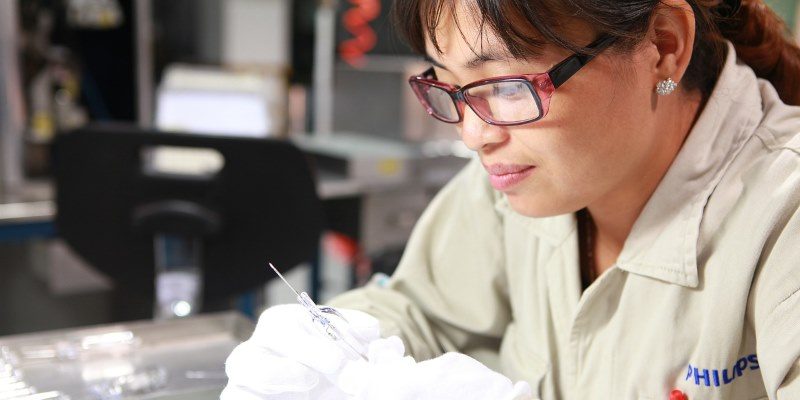 With the boom in IoT devices comes an increase in electronics production. Companies that produce the components needed for the devices see increased demand as more and more businesses take a step into the world of the Internet of Things.

But who are the ones that benefit the most from this boost? Let’s take a look at how the Internet of Things is earning some countries a tidy sum.

We can see the results on who’s benefiting the most out of the popularity of IoT by looking at the United Nations Conference on Trade and Development report.

In it we can find the table which details the top exporters of 2017, as well as those who saw the biggest percentage increase of exports in 2016-2017. These statistics focus on Information and Communications Technology (ICT) goods, so we know we’re only looking at digital component exports in these charts.

More surprisingly, however, is who saw the highest percentage increase in the space of a year. That title goes to South Korea, who managed to reap a 29% boost in the export of ICT goods in one year alone. This was enough to put them at the #2 spot on the chart!

At the other end of the spectrum we see the US being the biggest spender on ICT components with an increase of 9% in the year. Germany, the Netherlands, and the Taiwan Province of China also saw healthy spikes in the increase of ICT component purchases.

What’s interesting is that the countries selling the components are also the most likely to buy more from overseas. It’s not a case of Country A making components for Country B to buy; everyone has a stake in the production and the purchasing of IoT components.

What Does this Mean?

With the IoT boom rocking the world, this is a prime time for countries to make their mark in the world by producing components for the gadgets. South Korea’s highly impressive boost of 29% of exports alone is proof that there’s a very real demand for ICT goods, and the countries that can capitalize on it best will be making a pretty penny.

If smart homes and cities truly take off, we may see the top exporters of IoT components make a lot of money from this wave. We may yet see countries earn a reputation as prime IoT manufacturers who help keep the whole world connected. Which countries take that title, however, depends on how IoT is received and which manufacturers can keep up with its pace!

With IoT production increasing comes a boon for the countries that provide the components. We’re already seeing several countries benefit from increased exports from ICT goods, and if IoT continues to develop, who knows what technological centres may arise from it?

Do you think specific countries will pave the way for IoT gadget production? If so, which ones? Let us know below.