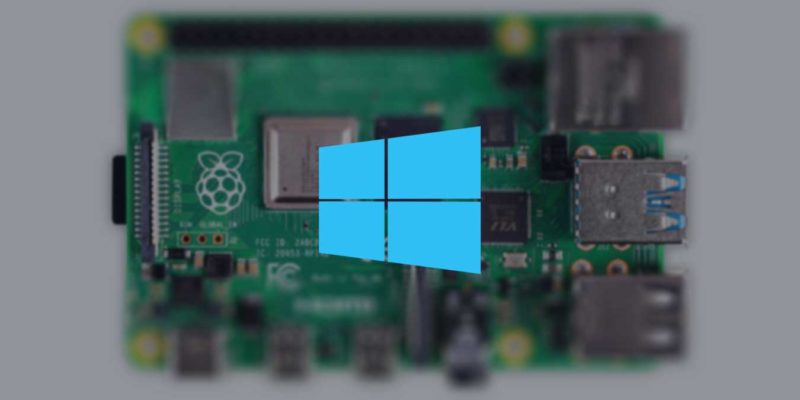 With the recent release of the Raspberry Pi 4, people are once again flocking to the single-board computer. It’s still just as small as it has always been, but it’s more capable than it has ever been before.

Most people opt to install a Linux distribution on a Raspberry Pi, especially since this is what the Raspberry Pi Foundation itself recommends. That said, if you’re going to be using the Raspberry Pi for projects in a Windows environment, you may prefer to install Windows 10 IoT Core instead.

A Word of Warning

Windows 10 IoT Core doesn’t officially support the Raspberry Pi 4, or even the previous Raspberry Pi 3 Model B+ for that matter. Given the similarities of the hardware, you should be able to install the software on the newer hardware the same way, but you can’t guarantee that it will run perfectly.

For the following steps, you’ll need a standard Windows 10 installation running on a desktop or laptop. You’ll also need to be a Microsoft Insider.

Right-click the downloaded file to mount the image, then double-click on the .msi installer. Make sure the SD card you plan to use with your Raspberry Pi is inserted and ready to write.

Run the app and select the folder where the downloaded image with the .ffu extension is located. You’ll see a dialog showing the progress of writing to the SD card. Once this is successful, it’s time to boot the Raspberry Pi for the first time.

Boot the Image on Your Raspberry Pi

Insert the SD card into your Raspberry Pi and power it on. Make sure you have a wired Ethernet connection. This is a slow process, so be prepared to wait for ten minutes. Once it powers on, you’re technically running, but you may have boot problems, and you won’t have Wi-Fi or Bluetooth.

Back on the standard Windows 10 installation you used to download the image, you’ll now want to download and run the Windows IoT Dashboard. When it boots, you should see a list of the Windows 10 IoT devices connected to the network, and this should include your Raspberry Pi.

Double-click the device once you see it to go to its Properties page, then click the link to the device portal at the bottom. This will launch the Windows Device Portal for the Pi.

From here, click on Apps, then Apps Manager, then Check for Updates. The device will download and apply updates. You’ll want to repeat this process until there are no updates remaining.

Once this is finished, you’ll want to change the default controller driver to improve performance. Click Devices on the left side of the Device Portal, select “Direct Memory Mapped Driver,” then click “Update Driver.” The device should reboot, and you’ll have a much better time using it.

The DIY community has built plenty of interesting projects on the Raspberry Pi. Many of them were built on top of Linux, but not all. If you’re looking for somewhere to start, take a look at out recent rundown of three interesting IoT projects, one of which is built using Windows 10 IoT Core.

How to Build a Hacking Station with Raspberry Pi and Kali Linux
How to Build a NAS Server with Raspberry Pi
4 of the Best Single-Board Computers in 2020
10 of the Best IoT Projects Using Arduino
We use cookies to ensure that we give you the best experience on our website. These include cookies for analytics and personalized advertising. If you continue to use this site, we will assume that you are happy with it.OkPrivacy policy