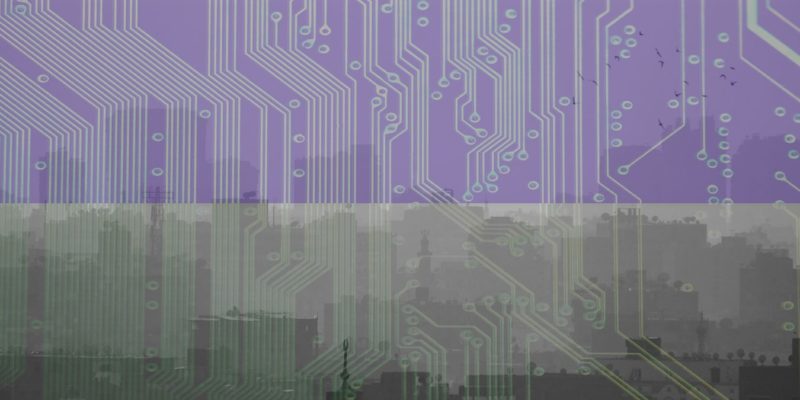 According to the WHO, 90 percent of the world’s population lives in a place where they are exposed to unsafe levels of airborne pollutants, contributing to up to seven million deaths each year. If you live in a city (and given worldwide urbanization trends, you probably do), odds are that you’re part of that 90 percent, even if your city is relatively clean.

Of course, a city like Ulaanbaatar or Delhi has more to worry about than Zurich, but research continues to discover negative effects even at low levels of air pollution. That’s why cities worldwide, on all ends of the pollution spectrum, have started embracing IoT solutions to the issue.

One of the best ways to fight pollution is to figure out where it’s worst and where it’s coming from so you can avoid it and, hopefully, address the cause. One issue you may have noticed, though, if you’ve ever made a habit of checking air quality around you, is that there aren’t actually that many monitoring stations, and your closest one may not be that close. For pollution data to really be accurate and helpful, we need a lot more of it.

Luckily, IoT sensors and low-power wide-area networks are making it a lot easier to get and disseminate ultra-local data. Lampposts are one popular place to put them, with places like South Korea and Barcelona both already building out a network of pollution sensors in their streetlights.

Personal pollution monitors are getting cheaper and more accurate, so if you suspect your neighborhood might have a pollution problem, you now have the power to go out and check for yourself. Getting down to the local and even personal level is quite an improvement in air monitoring, and the data we can get from that will be massively helpful.

Since pollutant levels can change dramatically even from one city block to another, having smaller-scale data is important for making a lot of decisions that, over time, might have a major influence on our health and behavior. It can influence where we decide to live, when we exercise, whether we bike to work, and, perhaps most importantly, what we can do about pollution in our area.

Individual decision-making is just the start, however: more detailed pollution data can empower cities and citizens to make better decisions about issues like transportation, industry, energy, and other possible pollutant sources. A heavily-trafficked neighborhood with high NO2 readings, for instance, might be able to use that data in a campaign to improve public transportation or reroute cars – or at least they’ll know when it’s safest to take a walk.

Artificial intelligence and other big-data analytics techniques are also starting to be applied to this data with some success. Getting these kinds of insights will enable us to track, control, and predict pollutants a lot more easily.

Where IoT is being used to fight air pollution

There have already been quite a few initiatives worldwide to help combat air pollution in cities, including these three laid out below.

As one of the most connected countries in the world, it’s hardly surprising that Korea would respond to its growing air pollution problem with technology. Korea Telecom (KT) has undertaken a project to set up several thousand stationary and mobile sensors across the country. People in the country can use the smartphone app to get local pollution data, which KT is collecting and analyzing. So far, it has found that pollution can vary dramatically between districts and can change very quickly.

Once famous for its “pea-souper” smogs, London is now a city with fairly clean air compared to many other places, but it could always be better. That’s why they’ve set up the Breathe London IoT sensor network and driven two Google Street view vans around to help get a “hyper-local” picture of pollution. Several other projects have also taken place here, including a study that was able to use a neural network AI to predict air quality in certain areas with more than 90% accuracy.

As part of a larger IoT rollout, Chicago has been mounting sensor packages on streetlights to help provide local data on pollutants and a whole host of other variables, like light, temperature, vibration, traffic, and more. Their “AoT” initiative has gotten interest from other cities looking to create a similar sort of platform.

IoT isn’t everything, but it helps

All the Internet of Things can help us do on a personal level is use less energy and know when it’s safe to turn off the air purifier. The data it provides, though, can be used to make big and small changes to the way we behave and build, and that is ultimately where we’ll see benefits. Making the data seem real is a good first step, though, so measuring, analyzing, and reporting the negative externality of the air pollution right around them might get people to consider it in a way they hadn’t before.