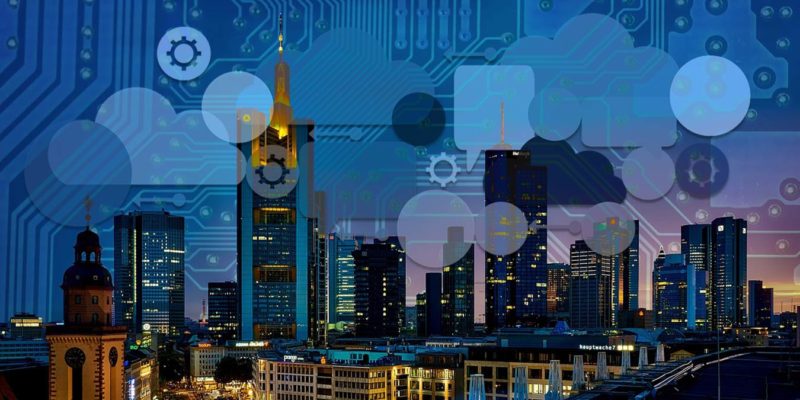 It’s a hot day and you’ve been walking down this street for a while. Your fitness tracker lets you know that, considering the temperature and your level of activity, you might want to hydrate soon. Just then, an ad notification pops up in the corner of your smart glasses. “Thirsty?” it asks. You activate the notification and see a selection of beverages floating in front of you. The convenience store down the street heard you like sports drinks and low-sugar iced teas and they’re offering you 10% off. Well, you are kind of thirsty.

The cameras built into the store’s drink cooler notice you picking up the iced tea and, using the physical and emotional traits they’re reading off you, the screens on the cooler recommend a light, salty food item to go with your drink. You’re not really in the mood, so when the cameras see your uninterested reaction, they immediately switch to another item and add a discount.

Does that sound crazy? Tell that to Cooler Screens, the Chicago-based company that’s putting cameras, digital displays, and machine learning to work in Walgreens refrigerators to allow targeted advertising based on customers’ gender, age, mood, outdoor temperature, items in their basket, and other factors.

The proliferation of IoT devices, networks, and AI is going to make individual ad targeting a lot easier, and it’s already popping up in places you might not expect. We might not all be wearing AR glasses and letting our fitness tracker send data to ad networks yet, but the technology to make that happen exists already — it just needs some scale.

Devices that know exactly when to advertise

Google has a term: “Micro-Moments” (also known as “Mobile Moments”), which they define as “intent-driven moments of decision-making and preference-shaping.” Translation: the best time to show you an ad is when you’re thinking about something you need. As more and more devices get connected to the Internet of Things, the potential for them to either give you an ad or prompt another one of your devices to deliver the ad gets pretty real.

Imagine you’re doing laundry and the machine is sending logs of your washing activity to your smart home hub. The hub calculates that the number of loads you’ve done since your last detergent purchase means you’re close to running out (based on your history of detergent use).

Whatever system the hub is running on could then use that data to prompt you to buy more, which you might do since you were probably just thinking the same thing and just needed that extra push to get you to make it happen.

This exact thing doesn’t exist just yet, but Amazon dash buttons are an early attempt to harness this type of micro-moment. Put a detergent button by your washing machine and hit it whenever you run low, when you have that magic “I-want-to-buy” micro-moment, which are exactly what your appliances and wearables will be looking for in the future. Fitness trackers can provide huge amounts of biometric data to you and people interested in your habits. Refrigerators will know what you eat, TVs will know what you watch, glasses will know what you look at, store cameras will know where you’re lingering, and the list goes on. Fewer and fewer of your micro-moments will go unnoticed.

This is hardly new, but it counts nonetheless. When your phone or computer detects your location, it can serve you ads determined both by your preferences and the businesses around you. Here’s the twist, though: soon those ads might be sent to you in real time by companies that detect when you’re in a good place to buy their product. Coca-Cola, for example, plans to use their vending machines as advertising platforms to send marketing materials to nearby customers.

Ads that learn by watching you

You know what billboards need? Cameras and AI that can look at cars and figure out which ads would be most effective. That’s what Dentsu and Cloudian trialed in Japan in 2016: depending on the make of the car, their billboard would show ads for more or less expensive products. Smart Cooler also falls into this category, as do innovations like Amazon’s no-checkout grocery store (it tracks the items in your basket using cameras). The potential for facial recognition, camera tracking, and physical features to be used for advertising is huge.

It’s not everywhere yet, probably because it’s not seamless (you need to go through some steps on your phone), but the fact that brands can now create their own overlays on reality opens up a huge new advertising space. Just look at the Burger King campaign in Brazil that allowed you to point your phone at and virtually burn McDonald’s ads in return for a coupon.

Soda companies have also been ahead of the curve on this: Coca-Cola ran an eco-consciousness AR campaign at a London polar bear exhibit and Pepsi went viral with their augmented-reality setup that turned the side of a bus stop into a “window” showing a disaster movie taking place on the other side. Technology is currently being developed to make it easier to access augmented reality – i.e, no extra app downloads.

Johnny Walker (whiskey) and Malibu (rum) have both used smart bottles to connect users to the brand. Johnny Walker’s bottle allows you to check whether the bottle has been opened before and find more information about the whiskey, as well as accessing promotions and brand communications. Malibu’s bottles are a little more basic, just giving customers some extra ways connect with the brand using NFC tags and QR codes.

Walking a fine line between creepy and helpful

If this all sounds a bit invasive to you, you’re not alone: the companies developing these advertising strategies are very aware of the privacy implications. IoT-based advertising is being designed to be both subtle and helpful so you’re not put off by the feeling of being watched and, even if you realize you are, you’re less likely to mind since you actually get something out of it.

Your fridge will monitor your groceries and let an ad agency know about your eating habits, sure, but that means you’ll get auto-generated shopping lists, recipes, and discounts on your favorite products. That’s a better deal than just “fridge watches you eat.” The nudges from these devices could even be beneficial, like fitness trackers that can learn the most effective times to prompt you to go for a workout (as well as letting relevant companies know about your movement habits) or smart thermostats that can optimize energy use (while maybe also letting companies know what times you leave home and arrive back).

As with every new technology, there are trade-offs, and, as is increasingly the case, opting out isn’t simple. We’ll get a lot of benefits out of more efficient advertising and the technologies that underlie them, as we do out of the current ad-supported internet services, but they won’t come for free.