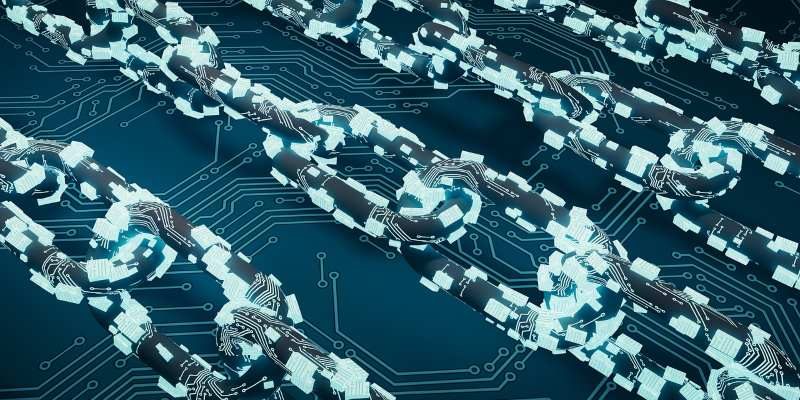 Over the past few years, businesses have been clamoring to get the blockchain implemented within their organization. The blockchain was originally invented to act as a ledger for Bitcoin transactions, but the underlying technology that powers it can be used for all kinds of recordkeeping. With this in mind, how can businesses get the most out of the blockchain?

What the Blockchain Is

To understand how the blockchain helps businesses, we need to understand what it is and why people are going crazy over this new technology.

A blockchain is like a shared database, where the users all help store information that makes up the full picture. This sharing of information is what makes the blockchain so effective at what it does for several reasons.

Imagine a database you can only add to but never delete and edit entries: everything done in the past is locked away forever. The blockchain works just like this, and it means that people can trust that the logs that have been made have not been tampered with.

When someone goes to append data to the blockchain, they can’t do it alone! The blockchain needs to get verification from other users before it can append something. This keeps logs from being snuck in without the users knowing.

In order to truly trust everything going on, all users have to be able to see what’s going on. As such, the ledger is very transparent, allowing people to see what was written within it.

How Is this Useful?

So, what use would a transparent ledger that can’t be edited be for businesses?

One company that has adopted the blockchain is GUTS tickets. Event organizers often run into the problem of scalpers, who only buy tickets in order to sell them for gouged prices. When the event sells out, desperate fans turn to the scalper’s high prices for a chance to get in.

GUTS tickets claims their system keeps tabs on everyone’s transactions to stop people taking advantage of it. The tickets themselves can be sold, but never for more than the price they were bought for. This allows people to sell their tickets if something crops up, and never for profit.

People also have issues trusting charities. If the charity isn’t transparent, who knows where donations go? This is what BitGive hopes to combat. By depending on the transparent nature of the blockchain, they can build trust in users by showing every donation and expenditure that occurs in real time. Donors can see exactly where their money is going so they know it went to a good cause.

The blockchain originated as a means of keeping tabs on Bitcoin transactions, using a system where no one organization had control over the ledger. This technology, however, can be used in all kinds of applications, and businesses can put it to good use to get the most out of this developing technology.

Do you see the blockchain being a key part of businesses in the future? Or is this just a passing fad? Let us know below.