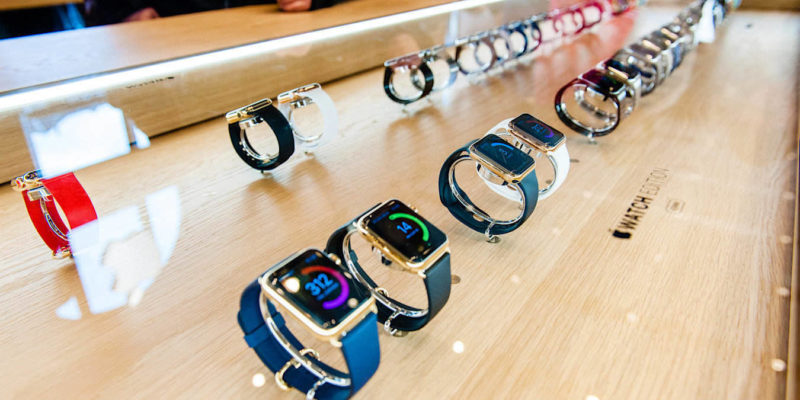 Apple takes a lot of flak from both competitors and non-customers. They do things a little differently than other tech manufacturers. But sometimes you just can’t deny their business model, especially when it comes to Apple wearables.

A new report from the IDC shows that Apple wearables are the reigning champ in both 2019 and Q4. You have to figure, when there are so many Apple Watch and AirPods knockoffs, Apple has to be doing _ — _ something right, no matter how much some non-users may not want to admit it.

The IDC (International Data Corporation) published a new analytical report of the market for wearables in 2019. It shows that overall the market grew an astounding 82.3 percent just in the fourth quarter of 2019, with 118.9 million devices shipped, a new high.

The data shows that’s because of the sub-category of “hearables,” 55.3 percent of the entire market. And if you’re talking about audio wearables, Apple has to be at the top. Every company now is selling its own wireless earbuds with recharging cases, and that’s because Apple started that trend with AirPods and now AirPods Pro. Beats products figure into this category as well.

Apple was not the first company to produce a smart watch, but somehow it toppled everyone to become the bestselling smart watch. Another report claims Apple Watch took 48 percent of the market in Q3 last year.

IDC shows Apple snapping up 36.5 percent of the wearables market share in 2019 Q4. Second place went to Xiaomi with a far distant __ 10.8 percent, followed by Samsung, Huawei, and Fitbit. To show how wide the market is, all others make up 31.1 percent.

These companies are in all the same places when examining the entire 2018 year to 2019 in shipments. Apple went from shipping 48 million wearables to shipping 106.5 million. Xiaomi, Samsung, Huawei, and Fitbit shipped 41.7 million, 30.9 million, 27.9 million, and 15.9 million, respectively.

Industry on the Rise?

The wearables industry is on the rise, and it’s actually exploding if you look at Q4. Apple is the clear winner there. However, with coronavirus concerns worldwide and how it’s affecting the economy as well as tech shipments, those figures may not continue.

Do you own an Apple wearable? If not, do you plan to buy one in 2020? Share your thoughts below in the comments.

Bosses Can Use Estimote Wearables to Track Employees
Wearables May Someday Help with Relationships
Siri Can Help You Diagnose Coronavirus COVID-19
Tesla Behind on Self-Driving but Offers to Make Masks
We use cookies to ensure that we give you the best experience on our website. These include cookies for analytics and personalized advertising. If you continue to use this site, we will assume that you are happy with it.OkPrivacy policy