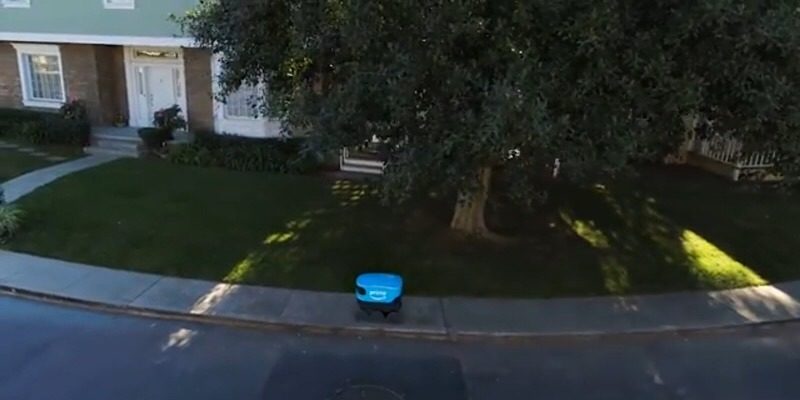 Amazon has come a long way from its debut as an Internet bookstore. Not only does it seem to sell everything you can imagine, it’s beginning to do so in every way you can imagine. They have branched out into multiple warehouses across the country and cashier-less brick-and-mortar stores.

They’ve also explored their delivery options. Instead of just relying on the postal system, they have also considered delivering by drone and allowing their delivery service, via Amazon Key, to leave your purchases inside your door when you’re not home.

Now they’re expanding their delivery into a fleet of autonomous robots, called Amazon Scout, to get your packages to your doorstep.

These autonomous delivery vehicles are basically a lidded box on wheels. They can navigate sidewalks autonomously to drop off packages stored inside.

Amazon is embarking on a trial run in a neighborhood in Washington where they’ll utilize a small fleet of six robots that can make deliveries in daytime hours during weekdays. A human will accompany them initially as a check-and-balance system, but the plan is for them to eventually not need the chaperone.

“At Amazon, we continually invest in new technologies to benefit customers,” reads an Amazon blog post.

They further explain that they “developed Amazon Scout at our research and development lab in Seattle, ensuring the devices can safely and efficiently navigate around pets, pedestrians, and anything else in their path.”

Not that this is an entirely original idea on the part of Amazon, Other companies have been working on similar initiatives to make deliveries via robot.

One such company is Starship Technologies. They used venture funding to bring their robot delivery idea to a reality. The company’s most recent announcement talks about a deal to use twenty-five delivery robots to deliver takeout at George Mason University in Virginia. Orders are placed by app, and then the food is delivered in an average of fifteen minutes.

It’s unknown how soon Amazon can get their Amazon Scout fleet moving past the trial phase. Normally, though, once they start an initiative, they begin rolling it out to the masses fairly quickly.

Would this be a delivery method that would be welcomed by you? Or do you see problems with this latest autonomous idea? Add your thoughts and concerns regarding Amazon’s autonomous robot delivery to the comments below.